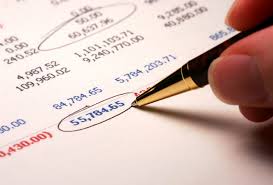 One of the key speakers at the recent Association of Certified Fraud Examiners’ Global Fraud Conference in Las Vegas was Andrew Fastow, former Enron CFO.
The admission that he felt that former Big Five accounting firm Arthur Andersen was not only negligent but also instrumental in perpetrating the company’s fraud on shareholders was not welcome, coming as it did hard on the heels of both British and US regulators abandoning plans to force a regular change of outside audit firms.
Enron may seem like ancient history now – but unfortunately, the continuance of fraud and the potential for companies to dupe auditors, or for auditors to ignore financial wrongdoing, means the scandal is still all too relevant.
Some might claim that the enormity of the fraud at Enron went well beyond being detected by rotating the company’s auditors, but I disagree. How long was Arthur Andersen – now defunct of course – the auditor at Enron? In fact, Andersen was the only auditor Enron ever had, with a total of some 16 years’ tenure. In 2000, just prior to Enron’s collapse, Andersen earned around $25 million in audit fees… and $27 million in other consulting fees. Without auditor rotation, the firm, according to Fastow, became not only critical to the company’s ballooning off-book activities but active in helping design them. Had the energy trading firm not collapsed, without auditor rotation, Andersen could have still been Enron’s auditor, still operating the mark-to-market accounting that made Enron seem so much more successful than it actually was.
So the downfall of mandatory auditor rotation is of some concern to shareholders wishing to avoid such catastrophic losses.

First, on July 8, the US House of Representatives passed a bill that would amend the Sarbanes-Oxley Act to prevent mandatory auditor rotation.While this is not the first time a government has reversed legislation, indeed it is not even the first time the US government has sought to reverse some part of Sarbanes-Oxley, it fatally undermines the role of the Public Company Accounting Oversight Board (PCAOB), which was also created under Sarbanes-Oxley. If you put a regulator in place to oversee an industry, then it seems pointless to second guess it before it has even had time to regulate. It is true that the PCAOB hasn’t ever formally proposed mandatory rotation, but it has been seeking comment on the idea since its chairman, James Doty, proposed it in a speech back in 2011. Even the proposal was enough to create a lobbying explosion in Washington which has, unfortunately, resulted in the passage of this latest bill. The European Union is still working on its own mandatory rotation plan, but even there the plan was diluted in April by supporting mandatory rotation only every 25 years, rather than the six to 12 years the European Commission had originally proposed back in 2011.
Now in the UK, the Competition Commission’s call for mandatory auditor rotation has been abandoned. Here also, the moves were opposed by the remaining big four accountancy firms, PwC, Deloitte, KPMG and Ernst & Young, which, together, account for two thirds of the audit business worldwide.
The Competition Commission first proposed the idea of mandatory auditor rotation in February this year. But in an announcement last month the Commission said:

Our provisional view is that while mandatory switching would address concerns expressed by investors about very long tenures, our proposed remedy package addresses the AEC [adverse effect on competition] more effectively whilst delivering similar benefits and avoiding some of the costs associated with mandatory switching, and in particular the weakening of competition that would result from the incumbent firm being systematically excluded from the tender process.

The Competition Commission said that instead of mandatory rotation, it would force FTSE 350 companies to put their audit engagement out to tender at least every five years. The existing guidance for FTSE 350 companies was a tender at least once every 10 years. In addition, the Audit Quality Review team (AQR) should review every audit engagement in the FTSE 350 on average every five years and report to shareholders on the grade given to the audit firm. Of course, the Financial Reporting Council (FRC) has already indicated that, in its judgment, five years was the appropriate interval for rotation of an Audit Engagement Partner (AEP) to ensure their objectivity and independence. And many hold the opinion that problems arise when individual auditors get too familiar with the companies they are auditing, rather than the audit firms themselves. In the proposed regulations, both of these concerns will be addressed. But will they be remedied?
The point of auditor rotation is to ensure audit independence. It is the same theory behind the desire to place caps on director tenure – familiarity breeds lack of independence. For example, KPMG has been auditing US department store J.C. Penney since 1916 – presumably with some change in the actual audit partner. That such a relationship still exists cannot but call into question the ability of KPMG to issue independent audit opinions on the company’s accounts.
But the auditors – especially the Big Four, intent on retaining their market stranglehold – continue to oppose any kind of mandatory rotation.The costs outweigh the benefits, they claim, and those benefits have not been proven in any case. Without introducing rotation, and testing to see if financial misstatements and other accounting frauds become less common, the only way to prove that shorter audit tenure leads to more reliable accounting is to test the behaviour of companies against their auditor tenure, both the firm and the partners involved. If it is found that companies with shorter auditor tenure are less likely to indulge in accounting fraud and other similar behaviours, than those with longer relationships, then mandatory rotation should be revived.
Finally, I am still somewhat mystified by the audit firms’ opposition to rotation. If there are only four firms capable of undertaking the audit of global companies, as is frequently claimed, then surely it is just a game of musical chairs – except with no one taking any chairs away. It is the same amount of clients for the same number of firms. I can understand that losing one client and acquiring another probably entails a lot more work than retaining the same one, but that cost is passed on to companies and thus to shareholders. While companies are also not in favour of mandatory rotation, the shareholders, who will eventually be paying the bill, in general, are. Shouldn’t they be the ones to make the decision about whether that higher cost is outweighed by the avoidance of investment losses?