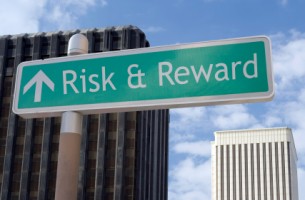 Swiss investment bank UBS’s latest announcement of changes to its remuneration policy puts the bank again at the forefront of pay reform in any industry, never mind banking. The changes include, in the bank’s words:
• longer deferral periods;
• multi-year performance conditions on equity-based deferred compensation;
• a new loss-absorbing high-trigger deferred capital instrument, under which employees would forfeit deferred compensation balances if a 7% Basel III CET1 ratio level is breached or if a non-viability event occurs;
• a reduction in the maximum initial cash payment that an employee may receive as part of a performance award. For management board members down from CHF2m to CHF1m.
While all of these are designed to contribute to the effective management of excessive risk, it is the third bullet point that could be the most effective. While the language used by the bank is a little obscure, what it is fundamentally awarding employees is an at-risk incentive known as “bail-in bonds”. Bail-in bonds are bonds that do not remain untouched in times of financial stress, or “bail-out”. During the recent financial crisis, virtually all bondholders were unaffected by the losses, unlike most creditors and all taxpayers. UBS issued bail-in bonds to investors last year, though these would only be forfeited if the Basel III CET1 ratio level fell to 5%. In other words, senior managers are on the hook before investors, as is only right.
Wait, what? Basel III CET1 what?

It is like another language, isn’t it? Actually, it is another language.Don’t worry, I had to look it up too. CET1 is the “Common Equity Tier 1” set up within Basel III to raise the quality and transparency of a bank’s capital base through stricter rules on what can be included in that capital. In theory, none of those credit default swaps and junk investments can be included, and the higher the CET1 ratio level, the more secure the bank. Put simply, executives will bear the risk of losing their bail-in bonds if they indulge in excessive risk. Why it couldn’t have said that in the first place, I don’t know.
These changes also mean that the average deferral period for deferred performance awards will increase from two years in 2011 to 3.8 years in 2012, with some awards beginning to vest at two years, but the majority waiting for five years. In addition, the bank also introduced a cap on the total performance award pool for the management board of 2.5% of adjusted operating profit.
At the same time, and in line with faltering performance in some businesses, the bank also announced that its performance pool for 2012 was reduced by 7% to CHF2.5bn compared with 2011. This is the lowest level since the beginning of the financial crisis and 42% below the 2010 level.
UBS is not the only European bank to have announced pay reforms. In September last year, Deutsche Bank’s co-chairmen Jurgen Fitschen and Anshu Jain announced that significant changes were going to be made to the bank’s business model, strategy and compensation practices. Most significantly from a governance standpoint, bonuses at the bank will be reduced and instead of being deferred over three years

will cliff vest at the end of five years. During that time, it is expected that they will be subject to partial or full recoupment if the results that generated them turn out to be false. They may also be subject to additional performance tests in order to vest in full. Like UBS, these changes were put forward to reward behavioural change and align incentives to longer-term, sustainable performance. The bank also appointed an independent external panel to review the structure and governance of compensation, so we can expect yet more change and improvement for 2012.
As my earlier piece on Barclays indicated, change is also underway for executive pay in British banks to force through cultural change. So, Britain, Europe, where else? Certainly not the US. European banks were already well ahead of US investment banks in pay governance both before and immediately after the financial crisis in 2008. For example, in my white paper for the US shareholder group the Council of Institutional Investors, I wrote that Deutsche Bank’s incentive policy in 2010 was an annual cash bonus based on return on equity (ROE), with a mid-term incentive (MTI) based on total stockholder return (TSR) versus peers over two years. Most of these incentives were deferred and then placed at risk again based on three-year ROE growth. Subsequently, Deutsche Bank improved policy further when the former annual bonus was changed to reflect two years of performance, and the MTI extended to three years with the same deferred pay at risk.
Now the restrictions on cash and equity bonuses at the likes of Deutsche Bank and UBS are even more onerous and US investment bank policy hasn’t even caught up with post-2009 European bank compensation practices.
As a very specific example, bases salaries at some US banks increased by well over 500% immediately after the financial crisis with absolutely no concomitant reduction in bonuses.Some of this was caused, inadvertently, by restrictions on incentives put in place by the US Treasury Department. US banks reacted to this in typical style, by finding ways around the restrictions. For example, Wells Fargo, faced with the fact that incentives could only make up one-third of pay and must all be paid in restricted stock, pounced on a loophole that placed no limit on salary increases and raised CEO John Stumpf’s from less than $1m to $5.6m by adding what it called “salary stock” to the mix. Virtually every other bank followed suit. For some, salaries have reduced and returned to all cash, but not by anywhere near as much as the initial increase. In marked contrast, at Deutsche Bank, when base salaries were increased for all management board members, target bonuses were reduced accordingly.
In another example, US banks have been dragged kicking and screaming into the arena of long-term performance measurement. Before the financial crisis, virtually zero dollars were based on performance of more than a single year. Deferred, restricted, yes, but nothing more. And some people are still questioning whether pay was one of the causes of the crisis? Well, I’m not. There has been some progress on this, but even now, with the possible exception of Goldman Sachs, the amount of pay that depends on long-term performance is perfunctory compared with other forms of remuneration.
While the level of unethical behaviour that has been uncovered appears to be lower in the US than in the UK since the crisis, there is nothing about US bank pay reforms that would suggest that any reins are being placed on overly risky behaviour.
It’s time for change. And that change could do worse than emulate the Europeans.