Responsible Investor
Home News & Analysis Governance Paul Hodgson: how to get the full picture of the success of...
Return to search
Institutions 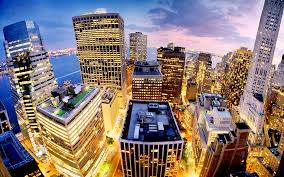 The ProxyMonitor.org website from the Manhattan Institute think tank is a publicly available database of US shareholder proposals and Say on Pay votes covering the 250 largest public companies in the Fortune 500.
It’s something of a mine of information. The company with the most shareholder proposals was oil company Chevron, with seven. In second place, power utility Dominion Resources was the target of six. While it may be hardly surprising for power and oil companies to be heavily targeted by shareholders, General Electric, Kraft, and Verizon each had six shareholder resolutions on their proxies in 2014.
In addition to the database, Manhattan Institute staff write a report on shareholder activism in the middle of the year. It revealed the following facts: independent shareholder and activist John Chevedden is the most frequent proposer in the sample, with over 30 resolutions in 2014. He is closely followed by the New York City funds with 26. Other common proposers were Trillium Asset Management, Nathan Cummings Foundation and the labour unions AFSCME and AFL–CIO.
The Institute’s report also found that shareholder resolutions received the lowest ever level of support this year since surveys began in 2011. At the time of the survey, the number of resolutions with majority support was 10, which had risen to 11 by year-end. The survey concluded that: “Even more so than in recent years, the 2014 proxy season suggests that the shareholder-proposal process may not be serving the ordinary investor’s interests. Almost half of all shareholder proposals this year involved social or policy issues; but no such proposal has received majority support at a large company over board opposition.”
As my analysis below shows, simply counting majority-supported resolutions does not properly reflect the functioning of the shareholder resolution process. But the process of submitting resolutions itself is not the only target of the report’s criticism. So too is ISS.
The report contends that ISS’s services are not valued very highly by the investment industry, basing this claim on ISS’s “less than $80m in annual revenues” [on its proxy advisory services] in the context of trillions of client assets. It further claims that: “Such forces enable ISS to support ballot items that are generally rejected by most investors, without fear of reprisal.” In other words, the Institute believes that, by its support, ISS gives permission for shareholders to file frivolous resolutions that have no hope of passing.It’s an interesting theory. However, since so many resolutions are sponsored by corporate “gadflies” like Mr. Chevedden, James McRitchie and Kenneth and William Steiner – shareholders who rarely receive ISS support – it may be flawed.
As I have already indicated, counting only those resolutions that received majority support does not fully reflect shareholder activity. I retested the year-end figures, and in total there were 303 separate shareholder proposals at this group of companies during 2014. Of the 11 that received more than 50% support, more than half were sponsored by corporate gadflies. More importantly, a further 34 resolutions received between 40 and 50% support. Not a majority, but a very significant number of shareholders nevertheless. A total of 133 received 25% support or more, well over two-fifths of all resolutions. That figure does not suggest to me that shareholders are not being well-served by the shareholder resolution process.
If so many shareholders are supporting so many proposals in at least significant minorities, which proposals are they supporting? I limited my analysis to the most frequently sponsored resolutions: written consent (which allows shareholders to act in concert without the need for a special or annual meeting), political lobbying and/or spending, retention of significant stock from equity pay plans, limits on accelerated vesting of equity on severance or a change of control, environmental (a wide group of resolutions but largely calling for sustainability reports of one kind or another), and the appointment of an independent chair.
The largest of these groups, with 66 resolutions, was lobbying and political spending. These resolutions had an average level of support of 21%, an incredibly high figure given the comparative novelty of such proposals. Next most common was environmental resolutions, at 51, which scored an average level of support of only 15%, despite the often uncontroversial nature of the requests for reporting. This was followed by 31 resolutions calling for the appointment of an independent chair; an average 28% support. There were 26 proposals calling for an amendment to stock plan rules to require executives to retain a significant amount of the stock that they vest in, with an average level of support of 22%. There were 20 written consent proposals with a very high average level of support of 38%. Finally, there were 13 proposals on limiting golden parachutes by curtailing the accelerated or immediate vesting of equity awards that would normally have been paid out over a long period, if at all.

These received an average level of support of 35%.
At the same time as recognising this level of support as significant despite being in the minority, it seemed important also to find out what happened to those proposals that received a majority of shareholder support. Picking six majority-supported resolutions on six different issues, I contacted the companies to see what actions had been taken in response to this clear message from the company owners. Two companies did not respond, either to me or to shareholders. More than four fifths of shareholders at pharmaceutical company Bristol Myers Squibb supported a resolution calling for simple majority voting for proxy items, including the election of directors, but the company did not respond to several calls for comment and does not appear to have implemented this policy. Staples shareholders voted in a slim majority for an independent chairman, but the company response was: “We have no information to share at this time.” The company’s CEO also serves as its chairman.
Other companies in this group were more helpful. At truck manufacturer Navistar, a resolution sponsored by hedge fund GAMCO Asset Management to remove a poison pill received more than 92% support. In response, in June 2014, the board “amended the Stockholder Rights Plan (poison pill) that allowed for its removal.” However, they implemented a “Tax Asset Protection Plan to protect the long-term value of Navistar’s substantial tax assets by reducing the likelihood of an unintended ‘ownership change’”.At Kraft Foods a “laudatory proposal” on animal rights received support from just over three-quarters of shareholders – though it did not require any action on the board’s part.

Three-fifths of shareholders at Dean Foods voted to end the practice of accelerating unvested equity awards on a change of control, or company takeover. In November last year, the company filed updates to its equity plan to prevent this practice, so long as the new entity substantially replaced the awards at similar value. Similarly, three-fifths of shareholders of utility company Duke Energy supported their right to call a special meeting. At the end of October last year, the board adopted amended by-laws to implement this policy which effectively reproduces the resolution’s requirements.
A four out of six success rate is fairly high, especially considering these resolutions are all non-binding. But what would be most interesting, though time consuming, would be to track company responses to resolutions supported by significant minorities of shareholders.