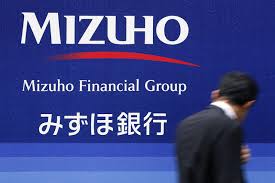 In the same way as the three rules for property are “location, location, location”, the three rules for governance are: “disclosure, disclosure, disclosure”. In Japan mega bank Mizuho’s case, you might also add: “communication, communication, communication”.
These are rules that executives at Mizuho Financial Group would have done well to follow. Revelations that a lending division of the bank made loans to an “antisocial organization” – the euphemism for Japanese organised crime syndicates known as yakuza – have caused serial damage to the company’s stock price. Since the bank is already valued at a third the value of the other two largest Japanese banks – Mitsubishi UFJ and Sumitomo Mitsui – this latest round of value destruction is unwelcome to say the least.
First, Japan’s Financial Services Authority (FSA) announced on 27 September that Mizuho needed to tighten its internal controls after failing to terminate transactions with yakuza, mainly in the form of hundreds of small car loans. Initially the bank claimed that only low-level compliance officials were aware of the loans. Then, a couple of weeks later, it admitted that senior management was aware of them. Apparently outgoing president Satoru Nishibori should have briefed current bank lending unit CEO Takashi Tsukamoto, but didn’t. Nor did he brief Yasuhiro Sato, the incoming president, who joined the bank two years ago to restore corporate culture. Details of the loans were included in documents at several board meetings of both the parent company and the bank. Indeed, the documents were clearly labeled “the resolution of transactions with anti-social forces”. Sato’s ignorance of them is a blemish on his leadership.

Mizuho was formed in 2000 from the merger of Dai-Ichi Kangyo Bank Ltd, Fuji Bank Ltd and Industrial Bank of Japan Ltd, but in the intervening years has struggled to establish a single identity, with reportedly warring factions from the three merged banks blocking communications and attempting to take control. Sato vowed to create “One Mizuho”, and according to the market view was beginning to have some success.The news of the yakuza loans are a significant setback, even though Japan’s FSA said that the lapses were the result of poor internal controls rather than a desire to mislead regulators.
As it is, the company intends to punish more than 50 current and former executives at Mizuho Bank Ltd, the lending division in question, as well as Sato, whose pay will be suspended for six months. Cutting remuneration in this way and tightening internal controls is an established policy in cases involving Japanese banks’ and their dealings with yakuza.
But the FSA is not Mizuho’s only problem. Shareholders are unhappy with the bank. Nine proposals were submitted by shareholders at the June 2013 annual general meeting, with multiple shareholders proposing the same proposals. And this is not the first year of discontent. Even more proposals were submitted at the 2012 AGM. Then, out of 10 shareholder proposals that were submitted by various individuals, eight were supported by more than 10% of shareholders, and six received 23% or more voting support. Fully seven were supported by ISS. Many of the proposals this year are the same as last, but the board continues to oppose them, seemingly on the grounds that they are shareholder proposals.
The proposals cover a mix of governance, social, and financial strategy issues. The first five proposals are management proposals regarding director and corporate auditor elections, and it was reassuring to see that at least one additional independent director was up for election to the board; though they are still a small minority. Proposal six sought to cap remuneration paid to each officer at ¥30m (less than €225,000), until the company’s equity capital equals that of its two main rivals. The proponent reasoned that Mizuho’s executives are paid the same as executives at the other mega banks but Mizuho has less than a third their value. Proposal seven wanted the bank to provide financing for video surveillance on trains to prevent chikan (sexual offenses). Proposal eight sought to force the bank to exercise its voting rights over the investments it holds in other companies by using a proxy adviser.

Unsurprisingly, this was one of the proposals that ISS supported last year and it received 27%. Proposal nine wanted officer and director training in governance and compliance, and the results of such training, to be disclosed in an annual report.

Another resolution called for the proper disclosure of any suits filed against the bank and its subsidiaries, which seems reasonable enough, particularly given the bank’s current problems and the likelihood that it might be hit by shareholder action in this form. Proposal 12 sought full disclosure of executive pay along the UK model, including advisory fees. At present, only the aggregate pay for directors and for corporate auditors is disclosed,along with remuneration details for Sato, who earned ¥40m (only around €300,000) in base pay with a further ¥17m in stock options. This proposal received the support of a third of votes last year.

This level of discontent, and this level of support for it, demands to be heard, and if Sato’s job is to reform corporate culture seriously, then, instead of simply opposing shareholders wishing to improve the bank’s governance, he and the board should sit down with them and engage.