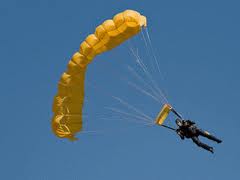 As we all know, Microsoft is purchasing Nokia’s devices and services business, and is largely footing the bill for the controversial golden parachute for Nokia’s former CEO, Stephen Elop.
This termination payment is so controversial in Finland that it has drawn negative comment from Prime Minister Jyrki Katainen and Finance Minister Jutta Urpilainen. The situation has been made worse by the revelation from Nokia’s chairman and interim CEO, Risto Siilasmaa, that an “accident” during the formulation of the contract meant that Elop would collect a very substantial – by Finnish standards – compensation for loss of office.
So let’s deal with the “accident” first. The chairman was allegedly unaware of an element in Elop’s contract that accelerated his equity compensation in the case of a termination associated with a change of control. It has been claimed that “not all the details were checked”. That’s quite a mistake, especially when compounded with Siilasmaa’s initial claim that Elop’s contract did not differ materially from those of previous Nokia CEOs.
So I decided to check all the details in the company’s remuneration reports to see how this mistake could have been made. This is what I found:
In case of termination by Nokia for reasons other than cause, Mr. Elop is entitled to a severance payment of up to 18 months of compensation (both annual base salary and target incentive) and his equity will be forfeited as determined in the applicable equity plan rules…
So far so good, but the remuneration committee report continues: “with the exception of the equity out of the Nokia Equity Program 2010 which will vest in an accelerated manner….” And guess from which plan Elop’s equity awards were made.

Correct, the Nokia Equity Program 2010. To make this even more explicit, the description of the specific change of control termination process is also included:
_In the event of a change of control of Nokia, Mr. Elop may terminate his employment upon a material reduction of his duties and responsibilities, upon which he will be entitled to a compensation of 18 months (both annual base salary and target incentive), and his unvested equity will vest in an accelerated manner._Thus the remuneration report clearly indicates acceleration of equity awards not once, but twice. I checked the two other relevant remuneration reports to see if some kind of amendment had been made during Elop’s tenure. It hadn’t. All the remuneration reports that I read had exactly the same language in them. Therefore a simple reading of the company’s own annual report and accounts over any of the three years for which Elop was CEO would have cleared up any kind of misunderstanding.
To try and save face, Siilasmaa then apparently tried to persuade Elop to give up some of this remuneration voluntarily. But Elop is going through a divorce, and the divorce settlement is based on Elop’s ex-wife receiving a portion of the golden parachute as valued. The parachute includes approximately €15m in stock (this value constantly changes because of the vagaries of Nokia’s stock price and the eventual bid price from Microsoft) along with around €4m in cash.
Accelerated equity awards as part of a change of control is pretty standard practice in the US. Standard practice does not make it right, however, or even logical. Equity awards are supposed to reward performance and retain executives over the long term. Since neither of these things is happening here, they should logically play no part in any kind of compensation for loss of office. Compensation for loss of office is supposed to act as a safety net for executives, who may make decisions that are good for shareholders but could lead to them losing their position. Whether this deal is good for Nokia, or even Microsoft, shareholders remains to be seen, but is Elop losing his position? According to Nokia’s September 3 press release, Elop is stepping down as CEO and resigning from the board of directors to “avoid the perception of any potential conflict of interest between now and the pending closure of the transaction.” But he is not resigning from the company, as he will become Executive Vice President, Devices & Services, the division of Nokia being sold to Microsoft, and then his employment will transfer to Microsoft, along with a group of other senior executives, when the deal closes.
Not only that, but Elop is also being tagged as a potential successor to Steven Ballmer, current CEO of Microsoft. So this would seem to remove the need for a safety net.
Even more illogically, a large part of the compensation that is being accelerated was awarded to Elop on his appointment as CEO to compensate him for loss of future income at Microsoft, his employer prior to his stint at Nokia. When he joined, Elop received 500,000 stock options, 75,000 performance shares at threshold performance level and 100,000 restricted shares from the now infamous Nokia Equity Program 2010. Additional equity awards have since been made.
As further compensation for lost income from Microsoft, Elop also received a one-time payment of €2,292,702 in October 2010 and a second payment of $3m in October 2011. In addition, he received a one-time payment of €509,744 to reimburse him for fees he had to repay Microsoft and €312,203, including tax assistance, resulting from legal expenses paid by Nokia. As the remuneration report also says: “In case of early termination of employment, Mr. Elop is obliged to return to Nokia all or part of these payments related to his move to Nokia.”Except of course in the case of early termination of employment as a result of a change of control. Finally, Elop will no doubt receive another golden hello when he rejoins Microsoft, which will inflate significantly if he does become the company’s CEO.
This is not just a win-win situation, but a win-win-win situation.
As a result of the deal with Microsoft, Nokia’s share price has recovered some of the value it lost during Elop’s tenure, but how can any of this be considered pay for performance? When he joined Nokia, the share price was around €7.8. It fell to its most recent low point in April this year, €2.3. While it has since climbed to €4.9, I don’t think any of Nokia’s shareholders would think that they had received value for money as a result of Elop’s appointment. The case for Say on Pay in Finland could hardly be more cogently argued than by this series of missteps.