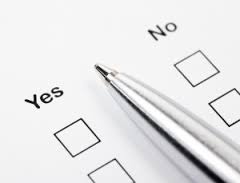 At the recent RI Americas conference, New York City Comptroller Scott Stringer said, in effect, that Responsible Investor is mandatory reading. So, since I know he, as well as the leaders of a lot of other funds, will be reading this, this is my message on proxy access. If it’s on the ballot, please vote for it, even though it might not exactly accord with your proxy voting guidelines.
Since the requirement was dropped from the Dodd-Frank Act, and therefore from the agenda of overworked SEC rule-makers, of which more later, shareholders must demand their rights themselves.
Mr. Stringer will be voting for a lot of proxy access proposals anyway next year, so a few more will not hurt.
You’ll have already read about the Boardroom Accountability Project here, so I will only briefly summarise the project. The funds controlled by Mr. Stringer have filed 75 proxy access shareowner proposals which request a bylaw to give shareowners who “meet a threshold of owning 3% of a company for three or more years the right to propose their own candidates, representing up to 25% of the board, on a given company’s ballot.”

Proxy access is the ability for shareowners to nominate directors for election on the company’s own proxy. Mr. Stringer noted that, of 41 directors who failed to receive majority votes in 2014, 40 remain on the board. These he terms “zombie directors” – unelected but still serving. The 75 proposals were filed based on what the NYC Pension Funds called three priority issues: climate change, board diversity and excessive CEO pay. The funds provided a list of the companies targeted, which includes some very big names indeed such as Exxon Mobil, Conoco, eBay and Netflix, some of which qualified for inclusion under more than one category.
The New York funds are supported in this by CalPERS, and a group of other large public employee pension funds in the states of Illinois, Florida, Connecticut, Missouri and North Carolina. It’s a significant shareholder coalition, so someone out there must be good at herding cats.

It’s clear then that many large shareholders are in favour of proxy access, so it’s all the more puzzling, indeed, frustrating, to find some of them voting against it. As RI reported, several large SRI funds rejected a recent proxy access proposal, which eventually failed to receive majority support, at Cisco Systems.The resolution was filed by private investor James McRitchie. The funds voted against the proposal not because they disagreed with the principle, but with the wording of the filing, which allowed shareholders to nominate up to 40% of the board, rather than the 25% favoured by most shareholders. It was claimed that this “could risk excessive board disruption.”
One fund, Florida State Board of Administration, did not vote against the proposal, however, and I spoke to Tracy Stewart, Senior Corporate Governance Analyst at the SBA about their decision to support it. “It is kind of comical that everyone gets in such a fluff over the specific terms of a precatory proposal, when the issue itself is so critical,” she said. “We supported the proxy access proposal because it is non-binding anyway, so the board can correct any actual or perceived deficiencies when they craft their own version, which I’m sure they will and I’ll be waiting to see next year.” She noted also that both proxy advisory firms, ISS and Glass Lewis, recommended against the proposal, probably also because of those “perceived deficiencies”.
Proxy Monitor collected vote results on 10 proxy access proposals during 2014. Seven were filed by individuals, including three by Mr. McRitchie. All these individually filed proposals received only single figure support. Only two proposals received significant support. One was filed by the CtW Investment Group at pharmaceutical chain Walgreens, gaining just over 43% support, the other was filed by the Nathan Cummings Foundation at Oracle, which received almost 45% backing. Discounting CEO Larry Ellison’s 25% stake in the company, this latter proposal would have passed.
This lack of support for “gadfly” proposals is somewhat disappointing and, if I can be forgiven for descending into cliché, is a little like cutting off your nose to spite your face. If shareholders large and small support the principle, they should vote in favour of it regardless of the exact wording of the proposal, as Florida’s Stewart advocates.
Ironically, if Mr. Stringer’s project meets with success at the ballot box, he will have achieved the dubious honour of moving faster than the SEC.
It was revealed by SEC Chair Mary Jo White recently that her staff had already spent 7,196 hours on just the CEO pay/median worker pay ratio rule.

No wonder it’s delayed. We should remember that Dodd-Frank passed in 2010. It is now 2015.
But this is not the only governance-related rule from Dodd-Frank that is delayed. There’s, for example, rule 952 (compensation consultants) and rule 954 (recovery of executive compensation and others. None of these seem particularly complicated and should have been dealt with years ago, though most companies in the US have already voluntarily adopted rule 954 in one form or another.
None, however, are as controversial as the pay ratio rule. The SEC has received over 128,000 comments on the rule, though many of the comments are duplicated form letters. But now two sides of Congress have lined up on either side of the debate, with Republicans calling for the SEC to stop wasting its time on the rule and delay it or even drop it altogether.Ms. White denied the SEC was wasting its time. A group of US Senate Democrats wrote to Ms. White in December asking for her to finalise the rule before the end of the first quarter 2015, indicating that it was already enacted and the President had signed it into law more than four years ago.
While I am unsure about the pay ratio rule from a governance point of view, I am thrilled about it from a journalist’s standpoint. Proxy access, however, I am unequivocal about and look forward to the success of the Boardroom Accountability Project, as well as the success of future proposals from Mr. McRitchie and his fellow “gadflies”.