Responsible Investor
Home News & Analysis Governance Paul Hodgson: What does the ‘Son of Shareholder Spring’ tell us about...
Return to search
Institutions 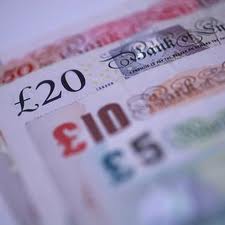 The son of Shareholder Spring was not such a bouncing baby as his parent.
But while many of the votes against remuneration reports were lower and support consequently higher this year, that was not the case universally. There were still many fractious annual meetings both in the UK and on the continent.
With the modest recovery in stock prices generally, there has been less disparity between pay and shareholders’ fortunes. That alone would have been enough to defuse antagonistic voting. But this didn’t mean it was completely absent.
For example, at Aviva, which lost a CEO and a pay vote in 2012, froze salaries and awarded no bonuses, there were still protests. Investors felt the changes did not go far enough, and almost 12% of them voted against the pay report – a number that would certainly raise eyebrows in the US.
While EasyJet won its vote, it did so by a very narrow margin, largely because founder Sir Stelios Haji-Ioannou appears to have voted his 36% block of shares against plans to award the chief executive a £5m package.
At UBS, shareholder groups Actares and Ethos both recommended voting against the pay report which passed with almost 16% of votes against. Over at Julius Baer, shareholders cast nearly 64% of their advisory votes against its pay report.
The Local Authority Pension Fund Forum (LAPFF) strongly objected to a golden hello offered to the new Astra Zeneca CEO who replaced the one ousted by a negative vote last year. LAPFF also continued to object, despite a redesign, to the very high levels of pay available to the CEO at WPP, where there were similar objections from PIRC and an “amber” warning from the Association of British Insurers.Possibly reflecting a jaded attitude towards high CEO pay in America – WPP’s would barely register in the States – ISS recommended approval of the WPP remuneration report. In the event, almost 20% of shareholders voted against pay at WPP, compared to a majority last year.
But support for pay at Glencore Xstrata fell, with only 78% voting for pay at the company and barely three-fifths of shareholders bothering to vote. More dramatically, three former Xstrata directors and its former chairman were summarily thrown off the board by shareholders, or at least the chairman would have been had he not announced his resignation beforehand.
G4S had a 21.6% vote against its remuneration report, a much higher protest than last year’s.
So the annual meeting season was quieter, but not that quiet.
In an earlier article for Responsible Investor, I conducted five case studies of companies that had lost pay votes – Aviva, Cairn Energy, Trinity Mirror, UBS and WPP. This year, I returned to their annual reports to see what changes may have influenced voting.
Changes at Aviva largely focused on the introduction of “underpin metrics” for the annual bonus plan, to ensure alignment with shareholder experience. These metrics are economic value added (EVA, a return on capital less the cost of capital), economic capital (the amount of reserved capital to keep the firm solvent) and total stockholder return (TSR).
Much of the protest last year was due to the fact that despite a declining share price, bonuses were paid out because performance targets were met.
In 2012, bonuses would have paid out at 52% of target under the old plan but none were paid because performance against the metrics was insufficient. Aviva’s share price increased over 2012, though still well below its September 2008 high.

One of the most dramatic turnarounds in pay support was at Cairn Energy, which went from losing the vote to 99.5% support.
Given the protests about the severance paid to former CEO Sir Bill Grinnell and the odd vesting of long-term incentive (LTI) awards, changes were made to both of these areas – to termination provisions and the performance provisions in place for LTI awards granted in 2009. Other changes included re-weighting performance targets for the annual bonus and introducing bonus clawback provisions. Basically, the annual bonus targets were codified and the personal performance element reduced significantly from a third to a tenth. The remuneration report does not disclose what changes were made to termination provisions, but one hopes that paying severance to a director who remains employed no longer plays any part in them.
The most dramatic changes were made at Trinity Mirror, which also lost its CEO following a negative pay vote. New CEO Simon Fox was appointed at a lower salary, £500,000 compared to £750,000 for the former CEO. He has a lower potential annual bonus (75% of salary compared to 176%) and he is only eligible for the new LTI which is based on a stretch TSR target of 340% growth in stock price over three years. All existing directors agreed to similar reductions in pay, and, unlike 2011, bonuses did not pay out. Trinity Mirror’s stock price also recovered somewhat during 2012 though, again, still down on pre-2007 highs.
I have already written about UBS’s remuneration changes and its annual report does not go into more detail, but despite UBS being at the forefront of investment bank compensation reform, its losses in combination with the payment of bonuses still drew protest as we have seen. The thing to remember about any bonuses earned at UBS is that while they may have been reported for 2012, they are not paid out for many years, are subject to additional rigorous performance tests, and are equity-based. In other words, don’t count on them. Its share price rose during 2012 and has continued to increase during 2013.WPP’s annual report also describes a range of changes. The CEO’s remuneration package has been reduced through adjustments to base salary, pension allowance and short- and long-term incentive opportunity. This led to, basically, a 34% reduction in target pay. The short-term bonus was restructured. And a new long-term incentive plan has been proposed, based on a five-year performance and vesting period, but performance will be assessed against three measures – relative TSR; earnings per share growth; and average return on equity, rather than relative TSR alone.
It is true that 9.74 times salary, the target payout for CEO Martin Sorrell, is a high target award for the new LTI, and this drew protest, but more importantly – and I saw no commentary about this at all – the new LTI is a significant deterioration in plan design. What was good about the old Leadership Equity Acquisition Plan (LEAP), which I have written about before, is that it was tough to earn because executives had to invest their own money in the company in order to earn rewards, then had to outperform at least half their peers to keep it. This new plan looks like a typical US plan, albeit with a five-year performance period. Awards vest with threshold performance – something the LEAP never contemplated – and there is no required at risk investment.
But in WPP’s remuneration committee report is a sentence that you would never read in a report from a US company: “Nevertheless, the changes we have made were designed to be responsive to an environment in which moderation of executive compensation is considered necessary and appropriate.”
In my experience, it really doesn’t matter what the remuneration committee report says. If it doesn’t reflect what is actually happening in the remuneration tables, then shareholders will vote against it.
So what did happen in the remuneration tables at these five companies? It’s difficult to see at Aviva as there is a new CEO and no proper comparison there, but the lack of bonuses drove annual pay down for other executive directors and that reflected shareholder sentiment, clearly.

And at Cairn, although annual pay went up for most of the executives, none of the LTI awards due to vest did, while substantial amounts were vested in 2011, therefore total pay went down. At Trinity Mirror, comparisons are difficult again because of the new CEO and another new executive director, but annual pay for the continuing executives clearly went down, substantially in some cases. At UBS, again, it’s difficult to compare as the new CEO was not in place for a full year in 2011, but bonuses and other share incentive awards were paid out this year at a slightly lower level for Robert McCann, the secondhighest paid executive, though as I have said, earnings from these will not be realised for some time.

WPP’s Sorrell earned about £2.5m less in annual pay in 2012. Maybe pay’s gone down, but it has also gone backwards, and become, potentially, easier to earn. I don’t think that’s a good result for shareholder democracy.