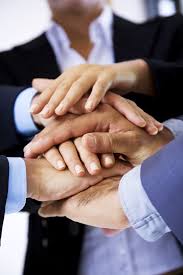 Shareholder proposals, even those that don’t win majority support, can have a huge impact on the conduct of US companies. They do not, however, represent the totality of shareholder engagement. Some might claim that they don’t even represent the majority of engagement.
A new report from the Croatan Institute think tank, The Impact of Equity Engagement, Evaluating the Impact of Shareholder Engagement in Public Equity Investing co-authored by Christi Electris, Joshua Humphreys, Becky Johnson, Sandra Korn, and Kristin Lang, aims to paint the totality of engagement. A new reporting framework aims to measure effectiveness.
The Impact of Equity Engagement (IE2) initiative, which has the backing of a large number of active investors, is a project to expand the understanding of the impact of investors’ engagement activities in ESG (environmental, social and governance), largely among US companies, though involving UK and European investors.
IE2 classifies engagement as follows:
• Proxy process
• Dialogue
• Engagement on policy issues
• Assertive action
Proxy process encompasses filing shareholder resolutions and proxy voting. Dialogue consists of meeting with one or more companies, either individually or in coordination with other investors or stakeholders. Policy engagement can include seeking mandatory disclosure from the SEC on, for example, board diversity, political spending, and other issues. It also includes submitting comment letters on proposed rules and regulations, or influencing industry regulation to promote better ESG practices. An example of this kind of engagement action is the policy engagement that attached the requirement for reporting on conflict minerals to the Dodd-Frank Act and subsequently into SEC rulemaking. Assertive action includes taking legal action or becoming involved in press or divestment campaigns.

The report indicates that its process for increasing understanding of engagement with public equities will include publishing reports for clients, donors, and other stakeholders; aiding investors to analyse their own engagement activities to identify which are most effective in changing companies’ behaviour; and promoting research and disclosure by creating an anonymous, cloud-based database of information from multiple investors, “in order to help identify best practices and understand what maximizes investor leverage.”The current report gives the initiative’s preliminary findings, based on primary and secondary research as well as interviews with around two dozen stakeholders. Some of the findings are already useful and being used. For example, IE2 found that collaborative engagement through ownership and coalition building with other investors and stakeholders delivered stronger impacts than isolated engagement. In this way, investor pressure can work in tandem with customer, trades union and employee pressure, and pressure on and from regulators. Even the media can play its part. For example, a reporter picked up on a fund’s questions on palm oil on a Kellogg’s earnings call. Subsequent reporting drew significant public attention to the issue and recruited more investors to the cause. More specifically, collaboration and coordination with stakeholders and escalation and sustained engagement over time were found to meet with far greater success in combination than other types of activity.
Describing the difficulties of assessing the success of engagement, the report notes that companies rarely acknowledge that an engagement with an investor was the prime mover for a policy change. However, it does give an example – Colgate’s adoption of carbon emission targets – where the company explicitly stated it was a result of engagement.
Another case study – there are a number of them throughout the report – describes a campaign by the New York City Employees Retirement System, which filed a shareholder proposal in 1993 requesting that food company Cracker Barrel address sexual orientation discrimination. The resolution was re-filed annually until 2003, when it received 58 per cent support and the company finally agreed to change its policy. According to USSIF, says the report, this was the first social proposal ever to receive majority support. Since that time, investors have filed more than 200 nondiscrimination resolutions, which led to more than 175 companies changing policy. Now, more than 60 per cent of Fortune 500 companies have non-discrimination policies, and many of these required no shareholder engagement at all. The report describes this kind of success as a “race to the top.”
But IE2 also acknowledges that shareholder proposal support is not universally recognised as effective. Conrad MacKerron of shareholder advocacy group As You Sow reports that even a vote of 8 to 12 per cent can cause change. Alternatively, fund manager John Harrington noted that some resolutions can receive majority support and still may not get anywhere because most votes are non-binding.

In addition to other types of escalating engagement, the report describes disclosure as an engagement tactic. To demonstrate this, the report highlights the CDP (Carbon Disclosure Project) example, which moved companies from compliance with simple carbon emission disclosure requests to publishing and implementing GHG emission reduction targets. The process by which disclosure transforms into policy change starts with getting a critical mass of companies to disclose information about their practices. This is followed by asking companies to report planned improvements in practices, and finally by identifying industry leaders willing to make real changes and influence others. This is another example of a “race to the top,” with companies vying with each other to have the best practices. As the report notes, CDP has found that “companies who reported emissions reductions activities also reported positive returns on their investments that were well above the cost of capital needed to make these reductions.”
While the report does not focus on divestment as an engagement activity, it does recognise that ultimately investors may have to make that decision. For example, a case study on “Assertive Action for Human Rights in Israel/Palestine” describes the Presbyterian Church’s engagement with Caterpillar. While the engagement started with collaborative letters and escalated to shareholder resolutions and dialogues, it ended, after 10 years of engagement, with the investor ultimately divesting from the company. The report also quotes the Carbon Tracker Initiative, which has said that: “True engagement needs the pressure created by divestment. Engagement without divestment is like a criminal legal system without a police force.”
The final section of the report describes a new reporting framework that IE2 is formulating, as well as discussing the shortcomings of existing ESG performance and engagement reporting vehicles. Criticism of the current PRI framework, for example, centers on its inability to record both non-investor collaborations and what the report describes as “milestones achieved in the process of escalating engagement over time.” Other data gatherers capture data related to proxy voting and shareholder resolutions, but capture little, if anything, about impact. But the new framework will make every effort to harmonise with existing databases so that they complement rather than compete with each other.
The IE2 reporting framework “aims to situate shareholder resolutions and proxy votes within the broader spectrum of engagement activities and within the broader field of impact measurement….”Its framework is being designed to allow investors to put together models for effective engagement, to use a standardised reporting format so that activities and performance can be compared “by theme and company, and eventually across investors.” The framework will also allow activists to go beyond purely quantifiable impact measures to look at qualitative measures as well.

Initial reporting will require investors to enter information about the overall engagement issue, as well as tagging a range of specific issues if the engagement crosses many different areas of ESG. Investors will also report other non-investor (i.e. NGO) activity around the engagement, who are the engagement leaders, and what coordination there is with other parties. At the second level of data entry, users will report on specific actual and planned engagement activities and their timeframe. The final reporting level will include yet more detail on each engagement activity and the role of involved investors and stakeholders, progress milestones (there can be multiple entries) and the ultimate objective.
Eventually, it is envisaged that, once investors have reported in the IE2 ERF (Engagement Reporting Framework), they can analyse their effectiveness across different types of engagement and engagement issues so they can see if they have been more successful with, for example, environmental or governance issues, and why, or more successful with shareholder proposals or with dialogue and so on. It should also be possible to assess effectiveness across a whole range of investors and investor activity.
The ERF is at a beta stage at the moment and feedback will be solicited from initial users and other engaged parties after the first round of data entry. The framework will go through several iterations before IE2 brings in a developer to design the final version. But once this is done, it will be ready for all investors to use.
This is an incredibly ambitious project, but there are a lot of very smart minds behind it. Despite my numerous herding cats comments, there are already significant shareholder coalitions being built surrounding many ESG issues, though there is still a lot of piecemeal activity. IE2, if it is successful, should be a great help for shareholder engagement.