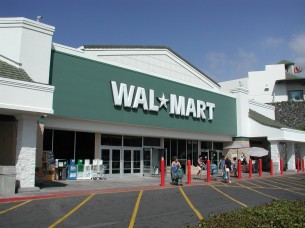 News this week that that Wal-Mart has been issued with a complaint by the U.S. National Labor Relations Board (NLRB) because it violated workers’ rights is yet another problem the company’s reputation police will have to deal with. The NLRB alleges – and Wal-Mart has been given the chance to settle this – that dozens of employees received verbal and written warnings, formal reprimands and were otherwise disciplined after striking last year. Being on strike is still legal in the U.S., but these workers were allegedly told that they had taken unexcused absences.
Wal-Mart’s governance has been poor for many years, but its share price has not so far reflected this weakness. The firm’s value has ridden out repeated bribery revelations. But bad governance is like good tea, it takes a while to brew.
It may be too early to say that the tea is brewed just because over the last few months Wal-Mart’s stock price has fallen from a high of more than $81 to around $77. After all, while profit and revenue targets were missed in the third quarter, and forecasts were reduced, the retailer still saw growth and is predicting growth, just not of the order it was expecting.
So what are the other problems and why do they keep on happening? In April 2012, widespread bribery at Walmart de Mexico was disclosed… to the markets; executives had apparently had knowledge of the practices for some considerable time prior to the official disclosure. Subsequently, the bribery allegations and investigations spread to a number of other countries where Wal-Mart is expanding its operations. While the bribery tarnished the firm’s image, it failed to affect its share price. On the other hand, the company’s decision in 2013 to offer benefits to same-sex partners has not had a positive effect on share price, perhaps because it involves costs rather than profits.

In contrast, CEO Mike Duke’s push back, at around the same time, on the company’s minimum wage reputation – only a small proportion of the company’s full-time employees make only the minimum wage – had a small positive effect on the share price.So, apart from the violation of workers’ rights, the bribery, the workplace safety allegations, the child labor and sweatshop issues, and the numerous other SRI concerns that has led Dutch pension fund PGGM, for example, to announce that it will no longer invest in the firm, apart from all this, what is so bad about Wal-Mart’s governance?
The board’s independence is seriously compromised, and shareholders know it. Though because two family members from the founding Walton family, who are also on the board, collectively own around 50% of the company’s stock, any objections will always remain in the minority. This applies to shareholder resolutions, objections to executive compensation and votes against directors. Nevertheless, there were significant votes against S. Robson Walton, Michael Duke and Christopher Williams (chairman of the audit committee) in 2013. Furthermore, there is a former CEO on the board, H. Lee Scott, along with another former executive Gregory Penner. Neither of these directors can be considered independent. Five directors have been on the board 10 years or more, a length of tenure that also regularly draws criticism and independence compromise. So, out of a 17-member board, that leaves only 11 who are nominally independent, and of those, as we see below, there are another two whose independence is potentially compromised, leaving the company with barely a majority of outsiders on the board.
Not only that, but there are all sorts of interrelations between board members and businesses that they own or work for, or are associated with in some other way. For example, a banking corporation that is owned by Jim and Robson Walton made payments to Wal-Mart for Supercenter and Neighborhood Market banking facilities. In addition, former CEO Scott’s son, Eric Scott, is chairman of Cheyenne Industries from which Wal-Mart purchased home furnishing and related products to the tune of almost $30m. Other directors with business relations to Wal-Mart, potentially compromising their independence, include Marissa Mayer, CEO of Yahoo!

from which the company purchased advertising space. And Arne Sorenson, CEO of hotel chain Marriott International, Inc. This last relationship goes both ways. During fiscal 2013, Wal-Mart paid Marriott for hotel, lodging, and business travel-related services, and received payments from Marriott for purchases of merchandise from Wal-Mart.
Unsurprisingly, with this quality of oversight, Wal-Mart’s executive compensation policy does not impress. Incentives are too easy to earn, insufficient stock is at risk, and the existing and future clawback arrangements are too weak even to require repayment or cancellation with the revelation of a major bribery and corruption scandal.
While the company claims, for example, that it is mitigating risk by utilising a range of performance metrics, nevertheless the annual cash bonus is based on a single performance metric: operating income. The three-year performance shares that make up the bulk of the long-term incentives paid to executives are based half and half on sales growth and return on investment (ROI). This does diversify the targets a little, but shareholders might question how difficult the targets actually are to achieve. For example, ROI was lower in 2013 than it was in 2012, but since the remuneration committee set the target for 2013 lower than both the target in 2012 and 2012’s actual achievement, the target for 2013 was exceeded. This led to an above target payout of performance shares despite ROI deteriorating. In addition, some 25% of the long-term compensation for executives is delivered in time-vesting restricted stock. The remuneration committee report claims that this is for retention purposes. Since the restricted stock vests over exactly the same period as the performance shares, the additional retention element offered would seem to be spurious.
We all know that Wal-Mart is the world’s largest retailer, and this has led the remuneration committee to set target compensation, including target bonus and target long-term compensation within the top quartile of its U.S. retail peer group. This policy, however, leads to some odd decisions. For example, CEO Michael Duke’s cash bonus target is set at 320% of salary, high for a blue chip company like Wal-Mart, but even more odd is that the maximum bonus he can earn is 400% of salary, a mere 80 percentage points more, leading to questions about what kind of incentive there is for him to increase performance to that maximum level. In addition, stock ownership requirements in place for Duke are set at 5X salary. But as the remuneration report indicates, he already owns shares worth 58.5 times his salary, so, as meaningless stock ownership requirements go, these are pretty special, even more so since he is awarded more than 10X his salary in stock every single year.But the real doubts about the company’s compensation policy lie in its ineffective clawback policies. Admittedly, though rather too late for existing bribery and corruption events, the annual bonus will now also be subject to compliance objectives: “enhancements will address the key components of a corporate compliance program, including leadership and resources, standards and controls, communication, systems, training, and monitoring, among others.” If insufficient progress is made towards these objectives then the remuneration committee can – at its discretion – reduce or eliminate the cash bonus. But this requirement only applies to the CEO’s 2012 bonus, and everyone’s 2013 bonuses. The element of discretion built into this process, however, is not one that inspires confidence among shareholders.
This is not the only sustainability target in place at the company. Given its current and past diversity issues, Wal-Mart also has diversity targets in place that can reduce cash bonuses by up to 15%. The stronger of these diversity targets are represented by placement objectives, where a relative number of diverse candidates must be placed in specified positions within the executives’ oversight. There are also weaker good faith targets. The remuneration report describes these: “In order to satisfy the good faith efforts component of this program, each NEO [named executive officer] must actively sponsor at least two associates and must also participate in at least two diversity-related events.”
On top of all this, more general clawback arrangements remain unimpressive. Executives must comply with the company’s policies, including its “Statement of Ethics”, to be eligible for incentive awards. They also may be required to repay an incentive if they are found to have engaged in acts detrimental to the best interests of the company. For the future, Wal-Mart claims to have introduced an expanded clawback policy in the new incentive plan voted on by shareholders at the latest annual meeting. Unfortunately, this is similarly weak and ineffective. Given the company’s current and past issues, more meaningful recoupment policies must be introduced.
But let’s look at some realities here. It was widely reported that Duke’s compensation rose by 14.1% in 2012 (the latest year for which data is available), but this significantly underestimated the actual increase in his take-home pay. Due to an increase in the cash bonus and a hefty stock option profit, Duke’s total realized compensation actually rose by 41% from around $20m in 2011 to just under $28.5m in 2012. There seems little doubt that, based on financial performance alone, Duke earned the bonus which was nearly 52% higher in 2012 than in 2011 because the company’s operating income exceeded targets set at the beginning of the year.
But, what a year.

Regardless of whether he was directly responsible for authorizing the bribery or not, the responsibility for managing a company that allowed such behavior falls to the CEO even though Duke was not the CEO at the time of the bribes in 2005 (that’s Lee Scott, still on the board). With such responsibility in mind, some financial sacrifice is surely required of the chief. Yet there was none. Not only was there no reduction in pay, it grew by a substantial amount.
As we have seen, Duke’s 2012 bonus of $4.4m could be clawed back by the board’s audit committee if certain compliance objectives are not met. But these objectives are unlikely to include knowledge or otherwise of bribery back in 2005. If the company’s record of adjusting bonuses against other sustainability issues were more convincing, shareholders might be justified in having some faith in the compliance objectives being introduced. However, Wal-Mart’s Chief Diversity Officer, as far as I can tell, has certified the achievement of thediversity objectives every year since they were introduced. But as noted above, these objectives are hardly challenging. Sponsor two associates and participate in a couple of diversity-related events? How about ensuring that no associate is paid less than an equivalent associate on the basis of gender, race, sexuality, or creed? How about ensuring that all associates have the same chance of promotion regardless of gender, race, sexuality, or creed? These are hard, measurable targets much more effective in measuring progress against workforce diversity objectives than attending a couple of events.
If the compliance objectives are on a par with the existing diversity objectives, I have to admit that I do not hold out much hope for them.