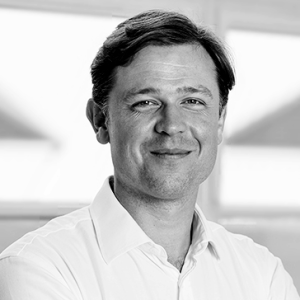 The US administration’s decision last week to pull the country out of the Paris Climate Accord, while deeply regrettable, did not come as a surprise. The responsible investment community has prepared for the possibility since Trump’s November election. The decision does however raise questions around the implications for the investment landscape. Will investment flows into US renewables run dry? Might the US return to the smog-covered, coal-powered industrial landscape of the 1950s?

Undoubtedly, the withdrawal is a setback for global efforts to counter the worst effects of climate change and to limit temperature rise to well below 2°C. But, and this is a big one – the momentum behind sustainable investing and above all the funding flows towards clean energy is much too strong to be halted by one administration alone. The world economy’s transition toward clean energy sources in inevitable, irreversible and already underway.

China, Europe, the US and other major emitting countries are in the process of making the shift to a low-carbon economy because they realise it is in their national and economic interest to do so. States such as New York and California already have plans to generate 50% of their energy from renewable sources by 2030, alongside other ambitious emission reduction targets.

But perhaps most encouragingly, American businesses are responding to the climate challenge, and for a simple reason: it cuts costs. A recent analysis of Fortune 500 companies revealed that half have a goal in place to reduce their greenhouse gas emissions, while 190 companies reported savings of $3.7 billion a year as a result of their climate action. The yearly emission reductions from these corporate efforts are equivalent to closing 45 coal-fired power plants.

Companies are also helping to drive the surge in demand for renewable energy. Apple, Bank of America and Starbucks are among the growing number of influential corporations committed to sourcing 100% of their energy from renewables through the RE100 initiative.

As the cost of clean energy falls, renewable energy is becoming the US’ largest source of new electricity generating capacity. Despite the rhetoric coming from the White House, it is renewables, not coal that are creating American jobs.The solar and wind industries alone create jobs 12 times the rate of the rest of the US economy, meaning investment into renewables is likely to continue apace.

Reaction from global businesses and investors to the withdrawal was immediate. The CEO’s of Tesla and Disney resigned from Trump’s Business Advisory Groups. The move was condemned by American businesses giants – from Google to General Motors – as well as by the Chief Executives of leading financial institutions like JP Morgan Chase and Goldman Sachs.

Any country that fails to implement the Paris Agreement increases risk for its businesses, investors, citizens and the world. The withdrawal of the world’s largest economy is a serious blow, but not a lethal one, and will only strengthen the impetus for business and investors to act in order to protect their assets. Ultimately if national governments fail to protect our assets then investors have a duty to act in order to do so.

Investors have been stepping up. Just last week two-thirds of investors in ExxonMobil, the world’s largest publicly held oil and gas company, voted in favour of more disclosure about the impact of climate change on the business. And the New York State pension fund’s $2 billion low-carbon index, which was launched in 2015 when the Paris Agreement was forged and uses CDP data, is set to double in size to $4 billion. If the investment industry wants to show how responsible it really is, now is the time for it to push companies to adopt science-based targets – reducing emissions in line with Paris.

The Paris Agreement represents a managed transition towards a low-carbon economy, a transition which is long underway. Walking away places the US at a competitive disadvantage: it relinquishes its position as a leader in the low-carbon economy and leaves the American economy more exposed to the systemic risks posed by climate change. This means responsible investors must look to new partners in the US – cities, states and corporates – to create an economy that embraces the technologies of tomorrow and is sustainable in the long-term.

Paul Simpson is the CEO at CDP