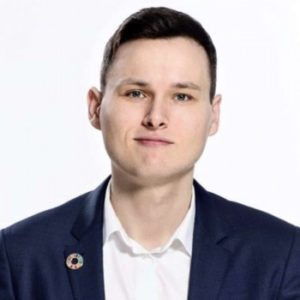 Pelle Pedersen, Head of Responsible Investment at Danish pension giant PKA, has announced he will leave after more than five years at the €36.2bn fund, describing his departure as a “very tough decision”. Pedersen, who leaves without a role to go to, told RI his ambition is now to explore solving the “financing gap” faced by start-up companies developing sustainable solutions – particularly those in Europe and the Nordics. He argued that such companies are being overlooked by the existing financial infrastructure, especially when compared to the US, and suggests that such a “market failure” also represented a potentially “massive opportunity”. Pedersen – who will step down from his role at PKA in July – believes an innovative solution might lie in connecting high net worth investors and family offices, who are often alive to sustainability issues and have the right risk appetite, with start-ups creating solutions that will help achieve the UN’s Sustainable Development Goals (SDGs).Acknowledging that it is still “early days”, he told RI that if he did find a company interested in “exploring this space, he would send an application” but conceded that the venture might be something he would have to “build from scratch” himself.
Pedersen was also one of eight recent appointments to Denmark’s 2030 Panel in April. Established by the Parliamentary Intergovernmental Network for UN World Objectives last summer, the 2030 Panel was created to support the 2030 Network, which promotes and monitors the implementation of the SDGs.
During Pederson’s time as Head of Responsible Investment, PKA has been a leader in the ESG space. Among its recent activities, it has divested 40 oil & gas companies and 70 coal companies, backed sustainable funds investing in infrastructure in Africa and farming in Denmark, left and rejoined the PRI, invested in numerous renewables projects and launched a website dedicated to disclosing details of its active ownership activities.