Blackstone has hired a number of big names to fill five new senior ESG positions across its US, Europe and Asia operations. Elizabeth Lewis, who previously led ESG engagement for the IFC, will become Managing Director of ESG (Corporate). James Mandel, who has been the Managing Director of the Global Carbon-Free Buildings Programme at Rocky Mountain Institute for the past eight years, will become Managing Director of Sustainability (Portfolio Operations). Nina James, previously General Manager of Responsible Investment and Corporate Sustainability for InvestaProperty Group, will become Head of Real Estate ESG for Asia; while Caroline Hill, previously Head of Responsible Business for Lloyds Banking Group, will fill the same role for Europe. Finally, Rita Mangalick will be promoted from her role in Blackstone Alternative Asset Management to Global Head of ESG for both BAAM and Blackstone Credit.

BHP has created a dedicated ESG team, to lead its engagement with investors, standard setters and ratings providers and “work jointly with other BHP colleagues in discussing ESG issues with lenders, debt investors and customers”. The team will be led by Geof Stapledon, who has worked for the mining company since 2008 in its governance team. Before that, he led the Australian arm of proxy advisor ISS. He will be joined by James Upton, who also worked in BHP’s governance team, and Chelsea Patten, a Senior Analyst at the firm. The trio will report directly to CFO David Lamont, and will focus on topics including climate, water and indigenous rights. 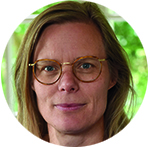 Irene Heemskerk will lead the European Central Bank’s new climate change centre from June, when she leaves her current role as Sustainability Fellow at accountancy standard-setter the International Financial Reporting Standards (IFRS) Foundation. The centre was launched by the ECB earlier this year to “shape and steer its climate agenda internally and externally”.

UK audit watchdog the Financial Reporting Council has appointed its first advisory board. A total of 19 members were named including gender diversity advocate and sustainable finance expert Deborah Gilshan, and ClientEarth engagement consultant Alice Bordini Staden. The full list of appointees can be accessed here.

Emma Herd is stepping down as the CEO of Australia and New Zealand-focused shareholder body the Investor Group on Climate Change in June, after six years. The body is currently recruiting a replacement.

Harvard sustainable finance scholar George Serafeim has joined the board of Liberty Mutual Insurance. The US insurer is at risk of having its membership of the Principles for Responsible Investment terminated over its links to an Australian coal mine.

Stephen Muers, the interim CEO of UK social investor Big Society Capital, has been appointed to the position permanently. Muers stepped into the role last year after former CEO Cliff Prior left to head up the Global Steering Group for Impact Investment.

Chris Grigg, the former Chief Executive of Barclays Commercial Bank, will chair the UK’s new Infrastructure Bank, which has been set up by the government to support regional and local economic growth, and to help meet the UK’s 2050 net-zero emissions target. It is due to receive an initial £12bn of capital and £10bn of government guarantees.

Thibaut Ghirardi has been appointed to lead the French office of climate think tank 2° Investing Initiative (2DII) as Managing Director. Ghirardi has held sustainability-related roles at private equity firm Astorg and PwC france, and joined 2DII a year ago as Senior Manager. 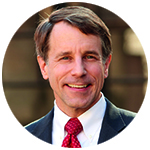 Former Insurance Commissioner for California, Dave Jones, has announced his candidacy for the California State Senate. Jones, who is known for making climate risks a regulatory priority during his tenure, said he had “a proven history of standing up to powerful interests, including big insurance companies and the fossil fuel industry, to protect Californians”.

Nigel Beck has started as Head of Sustainable Finance and ESG Advisory at the Johannesburg-based Rand Merchant Bank. Beck was formerly Chair of the Equator Principles, which has encountered controversy in recent years, and Group Head of Environmental & Social Risk and Finance at Standard Bank Group.

The Institute for Sustainable Finance, a Canadian research body formed in 2019 and based in Queen’s University, has appointed 10 members to its advisory board including Jaqui Parchment, the CEO of Mercer Canada, and Simon Fish, Chair of the BMO Climate Institute. The full list of appointees can be found here.

Christian Hürlimann has been named Renewables Chief Executive Officer of Swiss-based European energy company MET Group. In his former role, Hürlimann was instrumental in setting up the renewables arm of EKZ, one of the biggest energy suppliers in Switzerland.

Carbon Tracker is seeking a Head Of Investor Outreach for Europe to build out a new workstream for European markets.