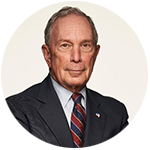 The Norwegian Government has enlisted a panel of experts to report on climate risk and climate-related investment opportunities for Norway’s Sovereign Wealth Fund. The group will be led by Martin Skancke, who helped oversee the successful establishment of the fund during his time as Director General of the Norwegian Ministry of Finance Asset Management Department between 2006 and 2011. Skancke is now Chair of the PRI as well as sitting on the board of Storebrand and the TCFD. The secretary of the group will be Thomas Ekeli, former Chief Economist for Folketrygdfondet, which manages the domestically-invested portion of the fund.

Calvert Research and Management has added three new hires to its corporate engagement team. Preeti Bhattacharji will become Vice President and Corporate Engagement Strategist, joining from FB Heron Foundation, where she was Vice President for Integrated Capitals. William Hsu joins as Corporate Governance and Proxy Voting Specialist from Dimensional Fund Advisors where he was a Senior Associate for Investment Stewardship. Julia Marsh is to become Corporate Engagement Associate.

Sabine Lochmann’s role has changed from Group CEO of Vigeo Eiris to Global Head of ESG Measures at Moody’s. Lochmann became CEO of the ESG research house in 2019, two months before it was acquired by Moody’s.

Federated Hermes has appointed Vivienne Aiyela as Head of Inclusion. She joins from the National Emergencies Trust where she was Head of Equity, Diversity and Inclusion. She will be responsible for managing and implementing diversity and inclusion-related activities across the company.

Planet Tracker has hired Catherine Tubb as Senior Investment Analyst. Tubb, who has a PhD in Organic Chemistry from Cambridge University, is to leave RETHINKX, where she has been a Senior Research Analyst for the past three years.

Tobacco Free Portfolios has made three new hires to its team. Gail Hurley, who worked for the UN Development Programme for 10 years, is to join as UK and Europe Advocate. She is joined by Milena Stojceska, who will take up the role of Senior Manager, and Sarrah El Fersaoui, who will become Project Manager.

South African shareholder activism group Just Share is recruiting a Senior Climate Risk Analyst and a 12-month Responsible Investment Intern. Both roles are based at the organisation’s offices in Cape Town.

Social investment firm Social and Sustainable Capital has appointed Bernice Affat to the role of Chief Portfolio Management Officer. Affat has previously been Director of Strategy and Director of Specialist Finance at Lloyds Bank Commercial Banking.

The Principles for Responsible Investment is looking for new members to join its Technical Asset Owner Advisory Committee. The committee develops tools and guides for asset owners and advises the PRI’s Asset Owner work stream. Members must be employed in a senior role at a PRI asset owner signatory and have demonstrated interest in the area. 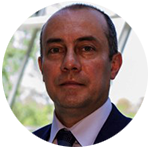 Marius Cara, the Deputy Head of Investor Relations at the European Investment Bank, has been seconded to the European Commission, where he will help develop an investor relations function. The Commission last year announced that it would begin issuing bonds, including green bonds, for the first time.

A new think tank has been established by Thomas O’Neill, the co-founder of InfluenceMap. The think tank, named Universal Owner, will scrutinise the impact and efficacy of climate change-related investor engagement.