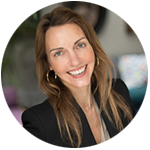 Dr Michal Nachmany has joined advisory firm Chronos Sustainability as a Climate Policy Specialist. Nachmany leaves the Grantham Research Institute on Climate Change and the Environment at the London School of Economics where she was a policy fellow.

Richard Mattison has taken up the role of Chief Product Officer at S&P Global. Mattison has been the CEO of carbon data specialist Trucost since it was founded nearly 20 years ago. Trucost was acquired by S&P in 2016, becoming Trucost ESG Analysis.

Libby Bernick, former Head of Sustainability at Morningstar and managing director at S&P Global’s Trucost business, has been hired as CEO by analytics firm Impact Cubed, as part of its consolidation of its asset management and fintech brands. Mikael Fast, former Head of Institutional Clients at Nordea, is to join the firm as Head of Sales.

Paul Hewitt has left Vigeo Eiris, where he was Regional Sales Director for the UK & Ireland, Middle East and Asia Pacific to return to Minerva Analytics. Hewitt spent more than a decade as Business Development Manager at the UK-based proxy advisor when it was called Manifest, but left to join Vigeo Eiris in 2017. He has returned to Minerva as Stewardship Director.

Two new trustees have been appointed to the board of Social and Sustainable Capital. Rachel Hardy, Chief Executive at Foresters Friendly Society and Sonali Siriwardena, an Executive Director at Morgan Stanley IM, will also both join the Finance, Risk and Audit Committee, which will be chaired by Hardy.

First Sentier Investors has hired Sophie Durham to fill the newly-created role of ESG Director for its London infrastructure team. Durham is to leave Kosmos Energy, where she was responsible for climate change and global public policy.

Saumya Mehrotra has left the Principles for Responsible Investment to join Qontigo. She was a Climate Action 100+ Stewardship Specialist at PRI, helping to coordinate shareholder engagement efforts on climate change. In her new role, she will be a Senior Sustainable Investment Specialist.

The European Bank for Reconstruction and Development has promoted Harry Boyd-Carpenter to Managing Director of Green Economy and Climate Action from his current role as Head of Energy for Europe, Middle East and Africa at the development bank.

Make My Money Matter is hiring a Senior Finance Advisor. The ideal applicant should have experience in sustainable finance and financial services. Applications are being accepted on a rolling basis.

Viola Lutz has been promoted to Deputy Head of Climate Solutions at ISS ESG, the responsible investment arm of Institutional Shareholder Services. She was previously Head of Investor Climate Consulting. Meanwhile, Andreas von Angerer has been promoted from team leader of ESG ratings to Head of Content Research & Strategy and ESG Ratings at the firm.

Triple Point Investment Manager has appointed Lindsay Smart as Head of Sustainability. Smart, who has over 15 years experience in the financial sector, was most recently Head of Impact Research and Innovation at impact investment bank ClearlySo.

Don Robert, Chair of the London Stock Exchange Group, will be the Supporting Chair for the UK arm of the World Economic Forum’s Climate Governance Initiative, ‘Chapter Zero’.

Australian Ethical has promoted Mike Murray to Head of Domestic Equities. Keenan Bunning has left his role as Senior Business Development Manager at Perpetual to join the fund manager as a Senior Advisor on client relationships.