Anne Simpson, CalPERS' Executive Office as Director of Board Governance and Strategy, is stepping down from the US Securities & Exchange Commission’s Investor Advisory Committee, according to a statement from the financial regulator. She has been on the committee since 2016.

Axel Hesse has joined consultancy Zeb as a Senior Manager of Sustainable Finance. Hesse has been working for more than 25 years in sustainable finance, founding data specialists SD-M in 2012. He worked as Director of ESG integration at Metzler Asset Management between 2016 and 2019. Hesse will continue to be a shareholder in SD-M.

Doug Morrow has left Sustainalytics to join BMO Capital Markets as Director of ESG Strategy. Morrow was Director of Portfolio Research at Sustainalytics, and had worked for the firm for six years. In his new role, he will lead BMO's strategy of integrating ESG into its equity research products.

The Boeing Company has named Christopher Raymond as its Chief Sustainability Officer, a newly-created position reporting to Chief Financial Officer Greg Smith. Raymond has been responsible for Boeing's sustainability strategy in April 2020, when his existing strategic role was expanded to consider environmental and social issues.

Tribe Impact Capital has hired Katharine Samuels, Aaron Gaide and Cate Quentin as Wealth Managers to work with high net worth individuals, family offices, corporate clients and charitable institutions. Samuels joins from Barclays Wealth, where she was a Vice President in the Special Focus Team for three years; Gaide was previously Managing Director at Pacer Financial in San Francisco; and Quentin joins from Standard Bank Group, where she spent seven years as a Wealth Manager specialising in high net worth individuals from, or operating in, West Africa. 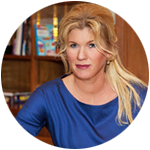 Marga Hoek has become a member of the Supervisory Board at Swiss fund manager SUSI Partners. Hoek sat on BMO Global Asset Management’s Responsible Investment Advisory Council and was the CEO of Dutch Sustainable Business. She will retain her roles on advisory councils at Redevco, Aegon Nederland, ArcTern Ventures, Earth Capital, CMi, and Mazars Nederland.

Private markets manager Hamilton Lane has appointed Paul Yett as Director of ESG and Sustainability, where he will lead its ESG integration strategy, reporting to Brian Gildea, Head of Investments. Yett has worked at Hamilton Lane since 1998 as Managing Director of the relationship management team.

Outgoing CIO of Christian Super, Tim Macready, has reflected on his time at the Australian faith-based fund in an interview marking his departure. He discusses moving beyond negative screening and into shareholder engagement. Macready has worked at Christian Super since 2016 and will become CIO at Brightlight Impact Advisory.