Credit Suisse has poached five sustainability experts from Robeco and Nordea to build out its Sustainability Strategy, Advisory and Finance unit. Michael van der Meer, Robeco’s Head of Sustainable Investment Research, will become Head of ESG Analysis at Credit Suisse, bringing with him Angela Saxby, a Senior Sustainable Investments Analyst for Technology, IT, Communication Services, and Sina Dorner-Müller and Timothy Oehmigen – both Associates for Sustainable Investing Research at Robeco. Karim Sayyad, who has been with Nordea Asset Management for eight years – most recently as Senior Analyst, Impact Private Equity – will also join from February 1st.

Storebrand Asset Management has hired Kamil Zabielski as Head of Sustainable Investments. He will leave his position as Head of Sustainability at Norwegian Export Credit Guarantee Agency, where he worked for 10 years in a number of roles, specialising in human rights and due diligence assessments. Prior to that, Zabielski worked at the Council on Ethics for the Norwegian Government Pension Fund Global. 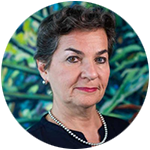 Former Executive Secretary of the UN Framework Convention on Climate Change Christiana Figueres has joined the board of directors of US plant-based meat company Impossible Foods. Figueres was a key figure in the delivery of the 2015 Paris Agreement and was Costa Rica’s candidate for Secretary General of the UN in 2016. She is also a founding member of the Global Optimism Group, which aims to put pressure on Governments and the private sector to combat climate change.

Bluebay Asset Management is hiring a Senior ESG Analyst with a specialism in climate change. The role will involve working with Bluebay to shape climate and broader ESG investment efforts. The deadline for applications is 12th February 2021.

The CEO of APG Asset Management, Ronald Wuijster, has joined the Board of Directors of FCLTGlobal, previously known as Focusing Capital on the Long Term. The appointment coincides with APG formally becoming a member of the non-profit organisation.

Tobacco Free Portfolios is recruiting a part-time Operations Manager to oversee operations, work systems and some governance duties. Applicants with non-profit experience and based in Australia are preferred.

Stephen Beer, Chief Investment Officer and Head of Ethics for the Central Finance Board of the Methodist Church and Epworth Investment Management, is to leave his position after 27 years of service. In a statement on social media, Beer said he was 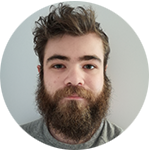 RI has welcomed Dominic Webb as its new Editorial Assistant, starting immediately. Webb recently graduated from Goldsmiths, part of the University of London, where he studied print journalism.

Sarah Gelfand has joined impact verifier BlueMark as Managing Director. Gelfand was previously Vice President of Social Impact Programs at Fidelity Charitable, and before that was Deputy Director at Duke University. She was also a founding Director of the Global Impact Investing Network.

Greg Murphy has been appointed Head of Impact at sustainable investment firm Ecofin. Murphy, who has been at the firm for 20 years, was most recently Client Portfolio Manager. 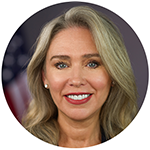 Allison Herren Lee has been named Acting Chair of the US Securities and Exchange Commission. Herren Lee, who became a commissioner in July 2019, will lead the agency while President Biden’s nomination, Gary Gensler, awaits senate approval. Herren Lee has been vocal about her belief that the SEC should step up on climate change.