Kathy Ryan has left Aviva Investors after just 14 months, to become Irish Life Investment Managers’ Head of Responsible Investment. Ryan, a well-known face on the ESG scene and founder of consultancy Global Green Investments, will “have direct responsibility for the continued strategic development and implementation of Irish Life’s Responsible Investment Strategy, including the delivery of responsible investment solutions to clients” according to Irish Life, which last year moved €15bn of assets into strategies that “explicitly integrate ESG factors into the investment process” and says it will roll its efforts out further over the next two years. Ryan was Senior ESG Product Strategist at Aviva.

Emma Hunt  (SJP) concluding her one-year contract, according to LinkedIn. Hunt, who has held senior sustainability-related roles at Mercer Investments, Willis Towers Watson and Hermes Investment Management, was appointed as SJP’s Head of Responsible Investment in 2019 to enhance its stewardship capabilities and further develop the manager’s “responsible investment offering”. 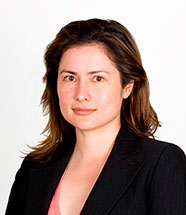 Jeanne Stampe has been appointed Senior Fellow at the newly-established SOAS Centre for Sustainable Finance. Until recently, Stampe headed up WWF’s sustainable finance programme in Asia and previously launched the Asia Sustainable Finance Initiative in January 2019. Since last year, Stampe has contributed to the Centre’s research on the impact of climate risk on sovereign debt and credit risk.

Dean Spicer has been appointed by Australian banking group ANZ as Head of Sustainable Finance for its New Zealand business. Spicer, ANZ’s Head of Capital Markets in New Zealand for the past 13 years, has led on a number of milestone green deals for the bank including the issuances of New Zealand’s first green and sustainability-linked loans. Last year, ANZ appointed Stella Saris, based in Singapore, to head its global sustainable finance capabilities.

Judy Cotte has been named to the board of Toronto-listed midstream oil & gas company Gibson Energy where she is to serve on its ESG/Health and Safety committee. Cotte, formerly the Head of Corporate Governance and Responsible Investment for RBC Global Asset Management, now heads up her own consultancy, ESG Global Advisors. She also sits on the PRI’s Global Policy Reference Group and the Toronto Stock Exchange’s Listings Advisory Group.

Chee-Wei Wong has been hired by alternatives asset manager KKR as Head of Global Impact for Asia. Singapore-based Wong was previously at private equity firms Tailwind Capital and EQT, as Managing Director and investment specialist for sustainability-focused tech and healthcare, respectively. His appointment comes as KKR expands its global impact business with the recent addition of Stanislas de Joussineau as Head of Global Impact for Europe and Sharon Yang as Senior Investor for KKR Global Impact in Asia.

Peder Hasslev and Per Tønnesen were elected Vice Chairs of DKK688bn (€92bn) Danish pension fund PFA at its AGM. Hasslev is CEO of Swedish state venture capital fund Saminvest, while Per Tønnesen chairs the board of Danish trade union HK Handel. Torben Dalby Larsen was re-elected PFA Chair. The full list of board appointees can be found here.

Blanca Moreno has left CDP, where she was Technical Officer to the Investor Team for nearly three years, to join Italy-based Carbonsink as a Climate Change Consultant. Carbonsink, which was spun out of Florence University, specialises in carbon management and carbon finance.