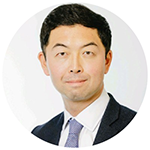 Dutch pension provider APG has named Annette Mosman as its first ever female CEO. Mosman, who is currently Chief Finance and Risk Officer, a role she has held since 2018, will succeed outgoing CEO Gerard van Olphen on April 1st. Mosman was CEO of insurance company Generali Nederland before joining APG, and had previously worked at KPMG. Her replacement as CFRO has not yet been announced.

Jens-Christian Stougaard has been appointed CEO of the Danish Recovery Fund, set up in 2020 to make capital contributions to Danish companies affected by Covid-19. Stougaard was previously Chair of investor network Dansif and Senior Vice President Business Development, Analysis, Public Affairs and CSR at PensionDanmark.

Regnan, the Australian ESG firm that’s now building a responsible investment business affiliated with J O Hambro Capital Management, has hired Bertrand Lecourt and Saurabh Sharma ahead of the launch of a global equities sustainable water and waste investment strategy. Both Lecourt, who is to join as Senior Fund Manager, and Sharma, who is to join as Fund Manager, are leaving Fidelity International in April. 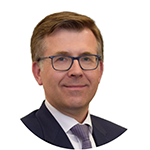 Roland Rott has been appointed Head of ESG and Sustainable Investment Research for asset managers La Française Group. He has been promoted from his previous role as Managing Director of the ESG Research Centre, which he has held since 2018.

Former head of Fairtrade, Harriet Lamb, has joined the Fair Tax Mark’s board of directors. Lamb, who was awarded a CBE in 2006, is currently CEO of climate solutions charity Ashden.

Justice Dr Emmanuel Ugirashebuja has been appointed as a director of environmental charity Client Earth. Ugirashebuja is the current president of the East African Court of Justice.

Citigroup is setting up a team of ESG experts in Tokyo. Ten people were selected in January to serve as ESG specialists, Citigroup Japan Holdings Chairman Fumiaki Kurahara was quoted as saying in an interview. 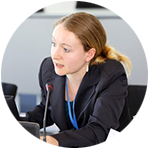 The Jeremy Coller Foundation, the grant-making body behind initiatives like animal protein group the FAIRR Initiative, has appointed Dr Helena Wright as its new Policy Director. Wright was previously Vice President of Sustainable Finance at the World Wide Fund for Nature.