Emily Chew has joined Morgan Stanley Investment Management as Global Head of Sustainability. She will be based in New York and joins MSIM from Manulife Investment Management where she was Global Head of ESG. She also chaired the Steering Committee for the Climate Action 100+ engagement initiative. She will report into Ted Eliopoulos, the former CalPERS investment chief who is now MSIM’s Vice Chairman & Head of Strategic Partnerships. She’ll also report into Rui de Figueiredo, Co-Head and Chief Investment Officer of MSIM’s Solutions & Multi-Asset Group, and co-report to Audrey Choi, the firm’s Chief Marketing Officer and Chief Sustainability Officer. In addition, Navindu Katugampola becomes Head of Sustainability for fixed income, moving over from Morgan Stanley where he was Head of Green and Sustainability Bonds within Global Capital Markets.

Jane Bulnes-Fowles has joined the US SIF, the Forum for Sustainable and Responsible Investment, as Chief Operating Officer. She joins from impact investing firm Veris Wealth Partners, where she worked as Operations Manager.

Marian Macindoe, former Director of Investment Stewardship at Charles Schwab Investment Management, the funds arm of the broking giant, has been appointed to a new position as Head of ESG Strategy and Engagement at ride-hailing firm Uber. Macindoe has been succeeded at Charles Schwab by Brittany Sahi. 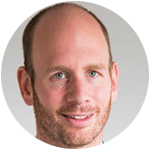 Martijn Huijnen has been hired by the Sociaal-Economische Raad (SER), the Hague-based body which advises the Dutch Government and Parliament on social and economic policy, as Senior Policy Advisor. He joins from the Blue Sky Group, the pension administrator that grew out of the KLM pension fund, where he was responsible for ESG policy and practice.

Cliff Prior has started his tenure as CEO of the Global Steering Group for Impact Investment, which promotes sustainable development and impact investment, by saying the coronavirus crisis could be the “opportunity of a century, to create positive change that will last”. He has joined the GSG from the UK’s Big Society Capital. His role at BSC has been taken on an interim basis by Head of Strategy and Market Development Stephen Muers while Prior’s successor is recruited.

Raphael Arndt has been promoted to CEO of Australia’s sovereign wealth fund, the Future Fund. Arndt joined in 2008 and been Chief Investment Officer since 2014; he takes over from David Neal, who has joined IFM Investors.

Claudia Reim has joined Generation Investment Management as a Client Director, according to a LinkedIn post. She leaves Goldman Sachs after 21 years where she worked most recently as Managing Director for almost seven years.

Naomi Bant has been promoted to Portfolio Manager at Martin Currie, focusing on a new sustainable equity strategy, set to launch in Australia this month. She will co-manage the strategy with Will Baylis and Matt Lambert. Bant joined Martin Currie Australia in 2006 as a graduate.

The Australian financial regulator, APRA, is looking to recruit a climate risk lead to shape a new team within the organisation.