Jeanne Stampe has joined the Monetary Authority of Singapore as its Green Finance Resource Lead. Alongside her new position at the central bank, the former head of Asia sustainable finance for WWF will continue as a Senior Fellow at SOAS University of London.

Nadine Braun has joined the Circular Economy research division at the Wuppertal Institute as a Senior Researcher. Braun joins from EY, where she was Manager of Climate Change and Sustainability Services. The Institute undertakes research and develops models, strategies and instruments for sustainable development at local, national and international level.

Paul Bodnar, ex- Obama White House and National Security Council advisor on climate and energy, has been appointed a Trustee of the Climate Bonds Initiative. He is a Managing Director at the Rocky Mountain Institute, which has formed a number of high-profile partnerships with banks on climate finance recently. He is also Chair of the Institute’s Center for Climate-Aligned Finance.

Ben Caldecott is stepping down from his role as Senior Advisor to the Chair and CEO of the UK Green Finance Institute to focus on his role as COP26 Strategic Advisor for Finance. The scholar, who is also Director of Oxford University’s Sustainable Finance Programme, has been a COP26 advisor since last November, on secondment from Oxford. 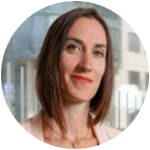 The Best Practice Principles Group for shareholder voting research (BPPG) has set up an Oversight Committee to monitor the Principles, which are backed by proxy advisors including ISS, Glass Lewis, Minerva, PIRC and ProxyInvest. The Committee will be chaired by Dr. Stephen Davis, a Senior Fellow of the Harvard Law School and Associate Director of its Program on Corporate Governance. It includes 11 members from across the industry. For the full list of appointees, click here.

Sustainability-focused European asset manager Ambienta has named its new Board of Directors, nominating Carla Ferrari as President of the Board. Ferrari holds senior roles in several blue-chip Italian financial institutions, having already served as Non-Executive Director on Ambienta’s board from 2008 to 2012. Ferrari takes on the role of President from Antonio Segni, who leaves the Board after 12 years.

SEB has announced two new additions to its Executive Committee from November. Sara Öhrvall has been appointed the Chief Transformation Officer, focusing on digitalisation and sustainability. Karin Lepasoon has been appointed Head of Group Marketing and Communication.

Osmosis Investment Management has taken on former Co-head of JP Morgan Asset Management Solutions and ex- Head of Institutional Business EMEA at BlackRock, Mike O’Brien as a Special Advisor. Ben Dear, CEO of the sustainable investment house, said he was “delighted to have attracted such a notable industry talent”.