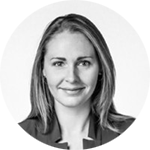 Andrea Palmer will be stepping down from her role as Product Specialist, Impact Equities and Bonds at Triodos Investment Management, where she has worked since October 2017, to join PGGM as the Responsible Investment Lead for the Listed Real Estate sector – this will be the first dedicated responsible investment role within the asset manager’s front office teams.

Rafal Budzinski has joined UK reporting watchdog the Financial Reporting Council (FRC) as a Senior Associate, where he will focus on supporting improvements to corporate governance and stewardship in the UK. He reports to FRC Corporate Governance head Maureen Beresford. Budzinski is a corporate governance expert who formerly worked at the Principles for Responsible Investment and the Investment Association.

Lance Pierce, the former President of CDP North America and Chief Operating Officer at Ceres, has joined NGO consortium NetHope as CEO. He joins from professional services firm ADEC Innovations where he was President of Global Development & Head of Partnerships and Sustainable Finance.

Polar Capital, the UK-based boutique with £16.4bn (€18.1bn) under management, has named Alexander Macdonald as Group Head of Sustainability; he will move from his role within the client services team. Macdonald will also chair a newly formed committee which will oversee key regulatory and legal initiatives in sustainability.

The Principles for Responsible Investment is calling for new members of its Infrastructure Advisory Committee, with a deadline of November 30.

Gerard Roelofs has decided to leave Van Lanschot Kempen. He had been Managing Director of Client Solutions at the wealth management firm since 2017, in the past he held various roles at NN Investment Partners, Willis Towers Watson and Deutsche Bank. His position has been filled by members of his own team, who will focus on different areas: Wilse Graveland, Fiduciary Management and Institutional Clients, Florentine Hanlo, Private Client Solutions, and Job van Boxtel, Portfolio Management implementation.

The UN-backed Financial Centers For Sustainability (FC4S) network has elected two new Co-chairs: Jennifer Reynolds, President and CEO of Toronto Finance International (TFI), and Lamia Merzouki, Deputy General Manager at Casablanca Finance City. Reynolds sits on the Advisory Board for Canada’s Institute for Sustainable Finance; prior to joining TFI, she was the President & CEO of Women in Capital Markets. Merzouki is also currently the Vice-Chairman of the Women Working For Change network, as well as Co-lead of the Africa CEO Network.

Philipp Hildebrand, the former chair of the Swiss National Bank who is vice chair of BlackRock, is the Swiss nominee to take over from Angel Gurría as Secretary-General of the Organisation for Economic Co-operation and Development (OECD). Gurría, in the role since 2006, leaves office at the end of May 2021.