Sagarika Chatterjee and Jack Balsdon, respectively the Director of Climate Change and Climate Policy Analyst at the Principles for Responsible Investment (PRI), have been seconded from the PRI’s climate change team to the COP26 organisers, working for Nigel Topping, the COP26 High-level Climate Action Champion. Topping will oversee engagement with business, investors, cities and regions, supported by Chatterjee and Balsdon who will focus on global investors.

Barbara Zvan is stepping down from her role as Chief Risk & Strategy Officer at Ontario Teachers' Pension Plan (OTPP) after more than two decades at the C$191bn ($143bn) scheme. Zvan was one of four members of Canada’s Expert Panel on Sustainable Finance, which advised the government on how it could foster ESG in the country. Details of her next move were unavailable.

Johnny Chen, formerly of NN Investment Partners (NNIP), has joined the Emerging Markets Debt (EMD) team at Chicago-based manager William Blair as a Portfolio Manager. This follows the recent exodus of portfolio managers from NNIP to William Blair, including Marcelo Assalin and Marco Ruijer, after NNIP’s push for enhanced ESG integration within its emerging market strategies triggered backlash from the investment team. Chen joins the newly-formed EMD team at William Blair, led by Assalin, as a sovereign debt specialist.

Manuel Lewin has left Zurich Insurance after more than 12 years, to become Group Chief Risk and Compliance Officer at Australian insurer Cover-More. Lewin was a well-known fixture on the green bonds circuit during his five years as Zurich’s Head of Responsible Investment before moving to Head of Risk Strategy and Reporting. He will be based in Australia for the new job. 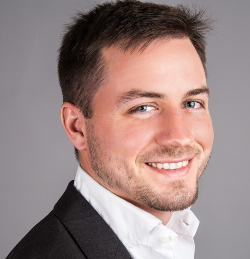 Andrew November, Councillor John Holtby and Councillor Jeffrey Watson have been appointed to the board of £45bn (€52bn) UK local authority pensions pool Border to Coast. November, who has held senior leadership positions at Aberdeen Standard Investments and Scottish Widows, will chair the Audit Committee and join the Board Risk Committee. Watson will join the Audit Committee, while Holtby is to join the Remuneration and Nomination Committee.

Alison Loat has been appointed to lead the newly-formed Sustainable Investing and Innovation team at C$20bn ($14bn) public pension scheme OPTrust, one of the largest DB plans in Canada. According to Benefits Canada, the team will oversee the development of a new capital allocation plan as part of the fund’s existing incubation portfolio – equal to 1.5% of the fund’s assets. The appointment of Loat – formerly at Focusing Capital on the Long Term Global – comes after the departure of former Director of Responsible Investment Katharine Preston to Ontario Municipal Employees Retirement System.

Declan Flanagan, Executive Vice President and CEO of Ørsted’s Onshore business, has been named Chair of the American Council on Renewable Energy. Flanagan succeeds David Giordano, BlackRock’s Managing Director and Global Head of Renewable Power, who remains on the board.

Kaboo Leung has joined PIMCO as Vice President, ESG Engagement according to LinkedIn. She was previously a Senior Consultant at management consultancy Navigant, specialising in carbon pricing and the circular economy. She has previously held research-focused roles at Trucost and Climate Bonds Initiative (CBI).

Mario Tremblay, a Vice President for Public and Corporate Affairs at Quebec development fund Fonds de Solidarité FTQ, has been named Chair of Canada-based sustainable investment research body SHARE. Tremblay, who has served on the board since 2012, said the appointment was a “testament to the Fonds de solidarité FTQ’s progress in the field of responsible investment”. 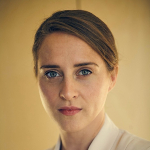 Emily Hard has joined Align Impact, a US-based impact investing advisory firm, as Associate Director. Hard has a background in wealth management having spent a decade with Brown Brothers Harriman’s private banking practice, where she was most recently a Relationship Manager.

Paul Gait has been appointed as Senior Analyst at Spanish boutique Azvalor. Gait, a highly regarded mining and commodities analyst, will be based in the UK.

Iliana Lazarova has become a Senior ESG Analyst at the UK’s Pension Protection Fund. Lazarova was previously an ESG analyst at S&P’s Trucost.