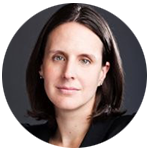 Victor van Hoorn has become the new Executive Director of the European Sustainable Investment Forum (Eurosif). He joins from PR agency Hume Brophy in Brussels, where he is currently the Head of Financial Services. A lawyer by training, admitted to the New York bar and the Amsterdam bar, van Hoorn was selected following a strategic review by Eurosif last year, and will “lead the implementation of its recommendations and strengthen the links between Eurosif’s members across Europe and the EU’s institutions” to support the EU sustainable finance agenda, according to a statement.

ANZ has named Nancy Wang as a Director of Global Sustainable Finance. Previously the bank’s Director of Loan Syndications, Wang has been with ANZ for 11 years and will remain based in Hong Kong for the new role. Stella Saris Chow, Head of Sustainable Finance International for ANZ, said “Nancy’s origination skills and deep relationships in Greater China will be an asset to the team.”

$330bn investment house Neuberger Berman has hired State Street Global Advisors’ Caitlin McSherry to be its Director of Investment Stewardship. Having served as Vice President and ESG Analyst as State Street, developing its global proxy voting guidelines and leading engagement with management and board members on ESG, McSherry will now work with Neuberger’s portfolio managers and researchers to engage portfolio companies on ESG. She will oversee its proxy voting processes. McSherry started her career in renewable energy development at Brightfields Development.

DWS has created a new role, Group Sustainability Officer, which is to be filled by Desiree Fixler. From August, Fixler will oversee the DWS sustainability strategy globally, and will report to CEO Asoka Woehrmann. She joins from US alternative investment specialist ZAIS, where she served as a portfolio manager and managing director for impact investing. She has also previously held senior positions at JP Morgan, Deutsche Bank and Merrill Lynch.

The Financial Reporting Council, a UK financial regulator, has named Chair of the Investor Forum, Simon Fraser, as the new Chair of its Pre-Emption Group (PEG). Fraser is a longstanding member of the Group, but will now head it up. He said: “Safeguarding investor protections, whilst helping companies access the capital markets efficiently through this extremely difficult economic period, will continue to be a priority of the group

EDHEC-Risk Institute in France has announced that Noël Amenc, CEO of Scientific Beta, has joined its international advisory board. Amenc is a Professor of Finance and Associate Dean for Business Development at EDHEC Business School and member of the Finance Research Council of the Monetary Authority of Singapore. Scientific Beta is an index provider owned by the Singapore Exchange, and has been a vocal critic of the EU low-carbon benchmark proposals.

Caroline Escott is leaving the Pensions and Lifetime Savings Association (PLSA) in the UK to take up a role in pension scheme stewardship, according to a statement she made on LinkedIn. Escott spent more than three years as a policy specialist at the PLSA, focusing on stewardship and investment. No further details of her new role were disclosed, but the PLSA is recruiting for her replacement.

UBS has appointed Armin Peter has its Head of Sustainable Banking for the EMEA region. Armin will continue his existing role as Global Head of Debt Syndicate, but will also work with product teams on its sustainable finance offering.

Well-known carbon removal expert Jennifer Wilcox has become a Senior Fellow for the World Resources Institute climate programme. Wilcox is currently a James H. Manning Chaired Professor of Chemical Engineering at Worcester Polytechnic Institute, but will start a new role as a Presidential Distinguished Professor of Chemical Engineering and Energy Policy at the University of Pennsylvania later this year.