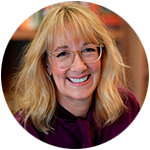 Standard Chartered has poached Marisa Drew to become its new Chief Sustainability Officer. Drew, who leaves her role as Chief Sustainability Officer and Global Head of the Sustainability Strategy, Advisory & Finance Group at Credit Suisse, will chair Standard Chartered’s group sustainability forum, drive the bank’s net zero commitments and lead its sustainable finance and strategy teams. Drew, who sits on a number of high-level working groups and panels for organisations including the UK’s Financial Conduct Authority, the World Economic Forum and the UN, is the second high-profile departure from Credit Suisse this month following Dana Barsky’s departure as Global Head of Sustainable Finance to join a sustainability SPAC. According to an internal memo seen by RI and confirmed by a spokesperson, Credit Suisse has appointed Emma Crystal to replace Drew, effective 1 April. Crystal has been with Credit Suisse since 2013, most recently leading the international wealth management business for Northern & Western Europe, as well as the wealth management Sustaianble Client Solutions unit. In her new role she will be responsible "to deliver on our existing Sustainability commitments, including expanding our wealth management product shelf, investment banking financing offering and net zero deliverables", said the bank memo. The spokesperson said there would be an update on Barsky's replacement "in due course".

Eugenia Unanyants-Jackson has been appointed to the newly created role of Global Head of ESG at PGIM. Unanyants-Jackson joined PGIM’s fixed income division in 2020 as its first Head of ESG Research and helped develop its ESG impact ratings. She will be replaced in her previous role by John Ploeg and Armelle de Vienne.

Moody's has hired Tobias Lindbergh to head up its second party opinion business in the EMEA and APAC regions. Lindbergh, who will be joining as a Senior Vice President, leaves his role as Head of Sustainable Finance at Handelsbanken's debt capital markets unit, where he has served for nine years. He sits on the board of Swedish sustainable investment forum Swesif.

Fiona Mann has become Head of Listed Equities and ESG at LGIA Super. Mann, who spent 10 years as Director at Antipodal Capital Management, was previously an ESG Analyst at Energy Super.

Daniel Hanson has joined Neuberger Berman to lead its US sustainable equity team. Hanson, who left his role as Chief Investment Officer at Ivy Investments in November, has also held roles at JANA Partners and Jarislowsky Fraser as well as a 10-year stint at BlackRock managing its socially responsible equity strategy. He will replace Ingrid Dyott and Sajjad Ladiwala – who are both retiring – as portfolio manager for Neuberger’s sustainable equity fund in April.

Kurt Summers, former City Treasurer of Chicago, has joined Blackstone Infrastructure Partners as its Head of Public-Private Partnerships. As Treasurer, Summers wrote to all State Treasurers urging them to take advantage of the “enormous value proposition” of ESG integration.

Clare Bartram has been promoted to ESG Specialist at ISS ESG. Bartram, who joined the firm in August 2020, will be leading ISS’ work on modern slavery.

EQT Future has made three new appointments to its mission board, and appointed a new Impact Director. Ho Ching, former CEO of Temasek; Naina Lal Kidwai, former Country Head at HSBC India and Svein Tore Holsether, President and CEO of Yara Internation all join the board, with Heeda Pahlson-Moller, co-Founder and CEO of Tiime.org joining at Impact Director.

Peter van den Tol has become a Senior Advisor on impact investing and ESG integration in real assets at MN. Van den Tol joined MN in 2017 as a Senior Investment Manager for real estate, and sits on the member advisory board of GRESB.

DBS bank is recruiting a ‘Sustainability Catalyst’ to work with in the office of its recently hired Chief Sustainability Officer Helge Muenkel.