Sylvain Vanston, Global Head of Climate & Biodiversity at AXA, the Paris-based global insurance giant, is to leave his post at the end of October to join MSCI as Climate Change Director, also Paris-based. Vanston had been in his current position with AXA for just under eight years and with the firm for a total of 15 years. At MSCI, Vanston will support the company’s climate and biodiversity research and client outreach agenda. 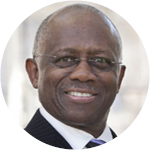 Jones, President of the Board of CalPERS, has been elected as Board Chair of the International Corporate Governance Network (ICGN), replacing Robert Walker, Principle at LVC Strategies, who has retired from the role. At the ICGN’s Annual Meeting, members of the network also approved three new Board Members: Debby Blakey, CEO of HESTA; Seiji Kawazoe, Senior Stewardship Officer at Sumitomo Mitsui Asset Management; and Luz Rodriguez, Senior Investment Stewardship Analyst at the Colorado Public Employees’ Retirement Association.

Maria Lombardo has become the new Head of ESG Advisory Sustainable Finance at Standard Chartered. Lombardo leaves her role as Head of ESG Client Strategies EMEA at Invesco, which she joined in January 2019 from the CDP.

Ashim Paun has left his role as Managing Director at HSBC Global Research to join private equity firm Triton as its new Head of Sustainable Investing. Paun, who was an Adviser to the UN Convention for Combating Desertification for a year from 2013, has previously also worked at Newton Investment Management and Magnetar Capital.

The Principles for Responsible Investment is looking for applicants for the advisory committee of its upcoming collaborative stewardship initiative on human rights. Applications close on the 19th of September.

Christi Vosloo has joined Mayfair Capital Investment Management as its new Head of ESG, UK. Vosloo leaves her role as Associate Director at Jones Lang LaSalle, where she advised the real estate services company’s clients on development and implementation of ESG strategies.

Marjet Visser has joined Robeco as Corporate Sustainability Officer, leaving her role as ESG Data and Reporting Advisor at Shell. Visser spent 15 years at Shell, holding a number of policy and ESG roles, including External Relations Advisor for Safety, Environment and Social Performance.

Kyle Snarr has joined KPMG Canada as a Senior Consultant in its Sustainability and ESG team. Snarr was previously a Methane Emissions Monitoring Systems Specialist at GHGSat and before that was Geospatial Data Analyst at Gran Tierra Energy.