Trucost, part of S&P Global, has further expanded its ESG team. RI reported last week that Michael Salvatico had joined from MSCI, becoming Head of Asia Pacific for ESG Business Development. Now, Trucost has announced Katie Gandy as its new Senior ESG Business Development Manager for Financial Institutions in the Americas. Gandy worked at Trucost as an Account Manager until 2017, when she left to join Merrill Lynch as a financial advisor with expertise in sustainability. She is now back at Trucost.

Vivian Wendan Zheng has also joined Trucost as a Senior ESG Business Development Manager, this time for the ASEAN region. She formerly worked in the sustainability team at KPMG and at the Global Initiatives NGO.

Eleni Choidas, ShareAction’s lead on the EU Action Plan, will leave the NGO next month to join the Association for Financial Markets in Europe. She will step down as Senior Public Policy Manager for Europe at ShareAction during May, but remain in Brussels for her new role, working on prudential issues – with less focus on ESG and climate. Her replacement has not been appointed yet.

Osmosis Investment Management has hired Elie Salman as a Performance and Risks Analyst. Salman moves from Style Analytics, where he worked as a Product Manager, developing fundamental and ESG factor performance and risk models for consultants and asset managers.

Dutch development bank FMO has appointed three new members to its Supervisory Board. Reintje van Haeringen, Marjolein Demmers and Dugald Agble were all appointed at the banks AGM, while existing members Thessa Menssen and Dirk Jan van den Berg were both re-elected for a second term. The appointments replace Pier Vellinga, who has left FMO after 12 years; Alexandra Schaapveld, who is stepping down from the board after maximum eight-year – the maximum she can serve at the bank; and Dr Farah Karimi, who left last June having been appointed to the Dutch Senate. 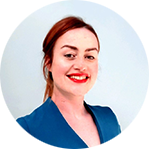 Tegs Harding has been appointed by professional trustee firm Independent Trustee Services as a Director, according to reports. Harding is a qualified actuary with expertise in ESG integration, and was formerly with Mercer as a wealth manager and subsequently as an investment consultant.

Margaret Childe has been promoted to Head of ESG Canada for Manulife Investment Management. In her previous role as Director for ESG Research & Integration, Childe provided internal support on ESG integration research, company engagement and proxy voting. She has been with Manulife since 2017 when she joined from Sustainalytics.