Will Martindale, Director of Policy and Research at the Principles for Responsible Investment, has announced his departure on LinkedIn. Martindale said his last day at the UN-backed body was Friday December 11. In January, he will join UK fiduciary manager and owner of NOW Pensions, Cardano, as its Group Head of Sustainability.

Sally Bridgeland is to replace Keith Falconer as Chair of Impax Asset Management. Falconer is retiring after 16 years. Bridgeland, a Non-Executive Director at Impax since 2015, is a well-established name in UK pensions and has non-executive director roles at Royal London and Local Pensions Partnership. Former CEO of Mercer’s US arm, William Simon O’Regan, will also sit on Impax's Audit & Risk and Remuneration Committees as a Non-Executive Director.

Sustainable finance expert Julie Becker has been named the new CEO of the Luxembourg Stock Exchange. Formerly a member of the EU’s High Level Expert Group on Sustainable Finance, which advised the European Commission on its currently green finance agenda, Becker will officially take the reins in April, when current CEO Robert Scharfe steps down.

The European Council has elected Frank Elderson as Executive Board Member of the European Central Bank. Elderson, a vocal advocate for the integration of climate risk into financial supervision, is an Executive Director of Supervision at the Dutch central bank De Nederlandsche Bank. He is also chairman of the Network of Central Banks and Supervisors for Greening the Financial System.

California State Treasurer Fiona Ma has been named to the Council for Inclusive Capitalism – a coalition of 27 global leaders from across sectors and industries, working with the “moral guidance” of Pope Francis to make economies more inclusive.

The World Bank’s former Director for Climate Change, James Close, has been hired by Natwest to lead its climate agenda. Close will join as Director for Climate in the new year and will oversee a climate roadmap and establish a climate “centre of excellence” to support the efforts. Close will leave the London Waste and Recycling Board, a partnership between the Mayor of London and the London boroughs working to reduce consumption-based emissions and waste, where he has been working since 2018.

Swedish fund Sjunde AP-fonden (AP7) is recruiting a Responsible Active Ownership expert for its Communication and Corporate Governance department. The role will involve developing analysis, collaborations and methods for dealing with global sustainability challenges that are particularly relevant and significant from a system perspective. 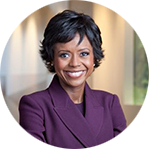 Mellody Hobson has become the only black woman to lead the board of directors at an S&P 500 firm, according to Bloomberg. Hobson has been promoted to the position by Starbucks, where she was previously Vice Chair of the board. She replaces retiring Chair, Myron Ullman.

Temasek’s Head of Sustainability and Stewardship, Robin Hu, has been appointed Chairman of the investment firm’s new endowment, Mandai Nature, which it has launched in partnership with Wildlife Reserve Singapore. The endowment will be focused on habitat protection, wildlife conservation and engagement with communities.

Graham Lane, the Managing Partner for Central Europe & Eurasia at sustainability consultancy ERM, will chair the World Environment Center’s Europe Supervisory Board board of directors. Lane has been with ERM since 2006, prior to which he was the General Manager of the Asia Environmental Group at Lendlease. Joining Lane are: Zoe Haseman, Vice President of Global Sustainability at Jacobs, and Lars Murawski, Corporate Vice-President EHS & Sustainability for Boehringer Ingelheim. Leaving the board are Lorraine Francourt, Director Chemicals Management Policy and Circular Economy at the Dow Chemical Company, and Rupert Thomas, Vice President for Environment at Royal Dutch Shell.