The UK’s Financial Conduct Authority has established a new ESG market intelligence team, staffed by internal recruits. RI understands that the four-person team, which will be lead by Yasmin Raza, will be responsible for coordinating the FCA’s representation on ESG working groups and keeping the regulator up to date on ESG developments across policy, regulation, civil society and industry. It will also act as the secretariat to the Climate Financial Risk Forum, which is co-chaired by the FCA and Prudential Regulation Authority. Zeeshan Ghaffar, Will Graham and Saron Habtemariam make up the remainder of the team. 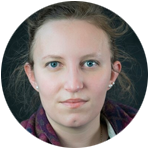 Claudia De Meulemeester has joined Responsible Investor as a senior reporter. De Meulemeester, who has previously written for Euromoney and Asiamoney, leaves her role as reporter at Acuris Global, where she wrote for Mergermarket and Activistmonitor.

HSBC has poached the chief economist at BloombergNEF to become its new group head of climate transition. Seb Henbest joined BloombergNEF in 2008 as a carbon markets analyst and has held a number of roles since then. HSBC has also hired Jenny McInnes from her role as deputy director, international climate finance partnerships at the UK’s Department for Business Energy and Industrial Strategy to become group head of sustainability policy and partnerships, while Zoe Knight, the head of its centre of sustainable finance, has had the role of head of climate change for the middle east added to her responsibilities.

Robin Hindle Fisher has been appointed the new board chair at Big Society Capital. Fisher, who replaces Harvey McGrath, is deputy chairman of Ruffer, and has previously served as managing director of Henderson’s pension fund business and chief executive of Phillips & Drew Fund Management.

Anthony Campagna has left his role as head of the integrated financials and impact team at ISS ESG to become a senior manager at Capital Group.

Tom Coleman has joined Bloomberg as green finance associate. Coleman, who spent six years working for CDP, most recently as manager, climate change, will be supporting the TCFD Secretariat and GFANZ in his new role. 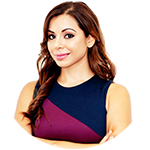 Zahra Husain has joined Boston Consulting Group as part of its sustainable finance and social impact team. Husain, who has previously held roles at Commerzbank, Nomura and Arabesque, leaves her role as co-founder of social enterprise Humans in Finance.

REYL Intesa Sanpaolo has appointed Jon Duncan as chief impact officer. Duncan, who was involved in the creation of the South African Code for Responsible Investment and has served on the PRI’s global reporting and assessment committee, left his role as head of responsible investment at Old Mutual Group at the end of January, and was replaced by Robert Lewenson.

Ed Colligan has been appointed head of Americas at renewables manager Low Carbon. Colligan, who has also joined the firm’s board of directors, has previously held senior roles at a number of US technology companies.

Yiannis Bartzilas has joined debt investor Muzinich & Co as director of ESG research and integration. He leaves his role as ESG and climate change specialist at PIMCO.

The UK’s Climate Change Committee is looking to appoint two new members – an economist and a member with business, industry or energy expertise.

Sarah Bloom Raskin has withdrawn her nomination to head up financial regulation at the Federal Reserve after Republicans on the Senate banking committee took issue with her calls for regulators to more proactively address climate-related financial risk, the Financial Times has reported.

Nibras Hadi has been promoted to vice president, sustainable investment banking originator at Crédit Agricole. Hadi has worked at the bank since 2018, and has previously held roles at Lloyds and Standard Chartered.

Hala El Akl has been appointed senior director, ESG and operations at real estate investor and asset manager Oxford Properties Group. El Akl joins the group from PLP Architecture, where she was a director, responsible for projects across Europe, the Middle East and Asia.