Leni Boeren will step down as CEO of Kempen Capital Management (KCM) and Executive Board member of Van Lanschot Kempen, KCM’s parent company, two years after her appointment. Her role will be assumed by Constant Korthout, Chief Financial & Risk Officer of Van Lanschot Kempen while the board deliberates on a successor. Boeren said that the move was “to create more room for things that matter in my private life”. She previously held leadership roles at Rabobank, Robeco and the Euronext stock exchange.

Kris Douma has been named as a Director for Sustainalytics’ new Material Risk Engagement service, which provides engagement services for investors with high-risk portfolio companies. Douma, a former Dutch MP, left the Principles for Responsible Investment (PRI) last year where he was most recently Director of Strategic Projects.

Rebeca Coriat has joined Lombard Odier Investment Managers (LOIM) as Head of Stewardship from Investec AM, where she was an ESG Analyst. Now based in London, Coriat will report to Christopher Kaminker, LOIM’s Head of Sustainable Investment Research, Strategy & Stewardship – another recent addition from Swedish financial services group SEB.

Clarisse Simonek has been hired by Ossiam, the smart beta specialist and Natixis affiliate, as Head of Responsible Investment and Sustainability. She joins from £18bn (€20bn) UK local authority pensions pool, Local Pensions Partnership (LPP), where she was a Portfolio Manager and Responsible Investment Specialist. Simonek, a Mirova veteran, previously led the work of University of Cambridge’s Institute for Sustainability Leadership (CISL) on investments.

Chris Foster has been tapped by UK group Liontrust to join the management team for its £5.3bn (€5.8bn) Sustainable Future (SF) equity funds range. Foster, who joined Liontrust in 2013 as an analyst, will now be a named manager on the SF Global Growth, GF SF Global Growth and SF Managed Growth funds.

Joel Quintal has taken up the Head of Responsible Investment role at Funds SA, the manager for South Australia’s A$25bn ($15bn) public sector pension scheme, after being contracted as an ESG Consultant since May last year. Prior to Funds SA, he was Head of ESG Integration at the Victorian Funds Management Corporation (VFMC), which manages public pension assets for the Australian state of Victoria.

Flavia Micilotta is now a Partner, Sustainability Leader at Deloitte based in Luxembourg, according to LinkedIn. Micilotta previously oversaw the Luxembourg Stock Exchange’s dedicated exchange for green listings and headed up European sustainable finance network Eurosif prior to that. Her latest role is a return to Deloitte, where she started as a Business Analyst in 2003.

Robin Edme is now a Senior Policy Officer for Research and Innovation Europe at Cerema, a French public body supporting an ecological, sustainable and resilient transition. Edme was previously a High Level Policy Expert on Climate and Sustainable Finance for the French government and was its representative to the European Commission-convened group of experts advising on the EU sustainable finance action plan.

Jeff Wendling has been appointed President and CEO of the Healthcare of Ontario Pension Plan (HOOPP), replacing Jim Keohane who was in the role from 2012. Wendling is currently Executive Vice President and CIO of HOOPP – which oversees C$79bn (€54bn) in pension assets for the Ontario healthcare sector – and chairs the Public Policy Committee of the Canadian Coalition for Good Governance. 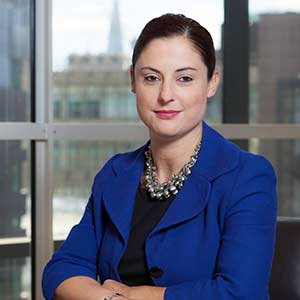 Brunel, which manages around £30bn (€33bn) of pooled UK local government pension assets, is seeking a Bristol-based Chief Stakeholder Officer who will oversee collaboration with local authority clients, convey to stakeholders the pool’s work on Responsible Investing and serve as a public face of Brunel.