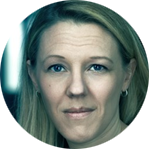 UBS has hired Therése Lennehag from EQT to head up its ESG advisory team in Europe. Lennehag, who is currently EQT’s Head of Sustainability, joined the firm in 2009 and was promoted to Head of Responsible Investment in 2014. She has previously held roles at Morgan Stanley and Credit Suisse. EQT declined to comment on plans for her replacement.

Bo Foged, CEO of Danish pension fund ATP, is to leave the fund to join renewable energy and infrastructure investor Copenhagen Infrastructure Partners. Foged joined ATP in 2015 as acting Chief Financial Officer/Chief Operating Officer and was promoted to CEO in 2018. Before joining the fund, he was CEO of Bank Invest.

Nick Faull has been promoted to Head of Climate and Sustainability Risk at Marsh. Faull joined the insurance broker in 2017 and was most recently Head of Strategic Risk Consulting for UK and Ireland. He was previously a Principal at Oliver Wyman.

Yasmin Raza has been promoted to Manager, ESG Market intelligence and Engagement at the UK’s Financial Conduct Authority. Raza first joined the FCA in 2012, and has worked in a number of roles at the regulator, with a six month stint as Senior Executive at EY and a year spent managing a decarbonisation and green finance inquiry for the House of Commons’ Treasury Select Committee.

Paige Nicol has joined impact verification firm BlueMark as its Director for Europe. Nicol was previously Director of Strategy and Insights at philanthropic organisation Luminate.

Persefoni has made four new appointments to its advisory board. The appointments of Olivia Albrecht, Global Head of ESG at TCW; Allison Binns, Managing Director for ESG and Sustainable Investing Strategy at Angelo Gordon; Jane Diplock, Chair and member of a number of boards including the Value Reporting Foundation; and Miho Kurosaki, Director of the Kamakura Sustainability Institute, bring the total membership of the board up to nine.

The Institutional Investor Group on Climate Change is hiring for eight roles including a Senior Policy Programme Manager and the newly created role of Head of Engagement Initiatives.

The European Central Bank is hiring a Climate Change Coordinator to lead the team coordinating the implementation of its climate risk roadmap.

The Principles for Responsible Investment is hiring a Senior Specialist to work on stewardship on human rights and social issues.

Simon Sotomey has been appointed Chief Financial Officer at Social and Sustainable Capital. Sotomey joined in July 2021 as interim CFO and has now been confirmed in the role. Before joining, he was Chief Financial Operating Officer at Hanson Asset management.