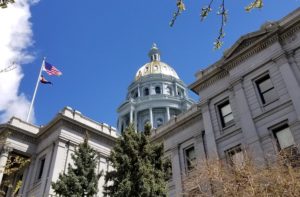 A landmark bill that would have compelled Colorado’s $53bn (€47bn) public pension fund, the Public Employees’ Retirement Association, to assess its exposure to climate-related financial risks has fallen at the first legislative hurdle, despite strong support from scheme members and a key union.

Bill 19-1270, which was tabled last month by Democrat House Representatives Emily Sirota and Chris Hansen, was voted down nine votes to two on Monday by the Finance Committee of the western US state’s lower house.

Deborah McNamara, Campaign Co-ordinator at climate change non-profit 350 Colorado, who spoke at the hearing in support of the bill, told RI that it was rejected by the “sceptical” Democrat-dominated committee because it was seen to be “costly and repetitive”.

The only speaker at the hearing to oppose the bill, she added, was the fund’s Executive Director, Ron Baker, who claimed that it is already doing everything it can to assess climate-related financial risk. But McNamara questioned this.

“If PERA is doing everything it can to consider the complex issue of climate risk, then PERA should also be making accompanying investment changes,” she told RI. “With over a billion dollars invested in fossil fuel holdings – many of those holdings in coal – there is scepticism that PERA is indeed doing everything they can to stay ahead of the curve on this issue”.The bill, McNamara said, was supported at the hearing by “multiple panels of PERA members and financial experts”, including a representative from Colorado WINS, the largest labour union representing PERA members.

Had it passed, PERA’s board of trustees would have been required to hire an “independent third-party” to conduct a climate-risk assessment of the fund’s total assets by October 2019.

McNamara sees the failure as a missed opportunity, which would have placed PERA on the “leading edge” of US funds.

It would have joined the likes of the $207bn New York State Common Retirement Fund and New York City’s public pension funds, overseen by Comptroller Scott Stringer, which are currently exploring different ways to decarbonise their portfolios.

According to PERA’s website, its board have directed staff to continue to work with the bill’s sponsors and members of the General Assembly to “provide further education on PERA’s investment process related to risk”.

McNamara told RI that PERA’s claims on climate risk will now increase scrutiny on the fund.

“PERA must now demonstrate that they do indeed have a long term plan to deal with the threat of stranded assets, and we can be sure that concerned PERA members, the Fossil Free PERA Coalition and labor unions who supported this bill will be watching PERA’s actions closely”, she said.