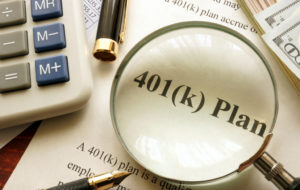 “The proxy advisors in charge of the pension’s investment may be harming the fund’s overall health.”

That comment is drawn from a submission to the SEC by a public servant in Colorado, a beneficiary of the Colorado Public Employee Retirement Association (PERA).

It is from one of many from ‘mainstreet’ investors who have taken the time to respond to the SEC’s comment period on its plans to impose stricter rules around proxy advisory firms.

It shows the uphill struggle the firms – and the investors who pay their bills – have to get their message across.

The comment, which is typical of those submitted by the ‘Mr. and Ms. 401(k)' retail investors beloved of SEC Chair Jay Clayton, says the two main firms [ISS and Glass Lewis] are wielding their “enormous influence” recklessly.

Another respondent points out that the Colorado public pension plan is only 59.8% funded “thanks in no small part to the misguidance given by proxy advisory firms”.

Other comments, some of which are barely intelligible, speak of tax dollars going towards providing “global nanny services and diapers for the developing world due to ESG issues being weaponized within domestic markets by international diplomats”.

Respondent Chris Chiari, a “proud Democrat and cannabis reform supporter” says the “retirement funds of Americans is (sic) not an appropriate vehicle for social change”.

Another commenter notes how “fund managers shirk responsibility and vote hook, line, and sinker with proxy recommendations” with the proxy firms prioritizing “certain companies’ ideological agendas over the well-being of the majority of investors” .

The proxy firms stand accused of being “judge, jury, and executioner of American companies” in the words of respondent Jacob Bishop.

"I want to thank you for looking out for the little guy."

How many of the commenters will know that the ISS, demonised for its leftish stance, was founded by Bob Monks, a Department of Labor official appointed by President Reagan?

A telling comment comes from Ronald Lawrence of the California Police Chiefs Association, who says: “It seems activist proxy advisors prefer to make a statement with our billions rather than making decisions that increase investment returns. CalPERS members rejected this type of activist investing in 2018 when we elected a new president over almost exactly this issue. If that didn’t send the message that members are serious about returns over ideology, I don’t know what will.”

Lawrence is no doubt referring to the election of police officer Jason Perez to the board of CalPERS.

The comments – which appear genuine, unlike earlier “fake” letters – jostle with the protests from the institutional investors who actually pay the fees of the proxy firms and who are vigorously arguing against the SEC plans.

The resistance to the SEC’s ‘reform’ is being marshalled by the Council of Institutional Investors, the Principles for Responsible Investment and PGGM with the Swedish AP funds.

Meanwhile, attention among the corporate governance community has been taken by a submission from an executive from outside the sector, a Germany-based data scientist called Tom Shaffner.

His comment on a related topic (re-submission thresholds for shareholder proposals) has created a stir, with CorpGov.net Publisher James McRitchie asking on LinkedIn: “OK folks, who is this Tom Shaffner?”

It led to a thread involving the likes of ValueEdge Vice Chair Nell Minow (a long-time colleague of ISS founder Monks) and Tim Smith, Senior Vice President of ESG Shareowner Engagement at Walden Asset Management, who called it a “thoughtful and indepth piece that we are circulating widely with investors concerned about the SEC attacks on shareholder rights”.

Commentary: It’s Nemo vs Jaws and might not end well

It would be a mistake to ignore what can appear to be ill-informed rants from “the little guy” because these submissions WILL inform policy-making and could help emasculate proxy advice as we know it.

And some of the ‘mom and pop’ letters do make valid points about conflicts of interest and accountability to retail investors.

What is clear is that the proxy firms, and the investors that they advise, have lost the battle for the hearts and minds of middle American investors, or at least those that can be bothered to respond to an arcane SEC rule-making exercise.

How the proxy firms became the scapegoat for the wider problems of the investment industry and the "executioners" of corporate America is mystifying.

But let’s not forget that the proxy firms are not the real target. It is shareholders that will be the ultimate losers if the SEC gets its way.

What appears to be happening is a two-pronged attack. First, the SEC is taking this action, very much at the behest of the corporate lobby.

At the same time, that same lobby, in the form of the Business Roundtable’s empty rhetoric about stakeholders, is taking the non-existent high ground. It leaves little room for manoeuvre.