Responsible Investor
Home Hot Topics Peter Kraneveld: Can the data tell us if we are seeing Covid-19...
Return to search
Hot Topics

The most important question on COVID19 is probably “when will it be over”?

For investors, the question is of even more importance, though no doubt there will be consequences of the pandemic that will take longer or shorter to work through economic growth and interest rates, depending on economic policy.

Of course, there is no precise answer to the question apart from “follow developments”. But, we can get closer to an answer with statistical analysis and some creative thinking.

First, I needed a database. I found it here.

Next, I needed to decide which data series to use. Death statistics are obviously the best; they are well recorded and reported. There might be some leakage from mis-diagnosis, but you never get perfect data in social sciences. The main problem with the data series is that fortunately, in most countries the numbers are too small to use statistically.

The second-choice data series is the number of active cases (total cases minus deaths and recoveries). The problem with this set is that it is badly maintained in many countries. The medical system is so overwhelmed that mild cases, in particular recoveries, are incompletely registered. In the end, I settled for daily death figures and daily new cases, without ignoring other series. While they are big enough only for the top 12 countries, they do react promptly.

Lastly, I needed a benchmark. Clearly the contagion curve would in the end be a bell curve look-alike, but there was no information on the inflection points or maximum. In the course of time, I saw that the inflection points tended to be so close to the maximum that they were of little value. In other words, the curve looks like two sides of a triangle with a rounded top.

With this approach, I attacked the first 12 countries in my database, plus Japan. Here are my personal conclusions.

The countries that had been through the SARS epidemic did best: China, Japan, South Korea have passed the maximum and are on a downward slope. I suspect that other countries in this category (Taiwan, Singapore, perhaps Hong Kong) do well also.

My second category is populated only by Germany, where daily new deaths as well as daily new cases seem to be trending downwards. Testing as well as social distancing is quite thorough.

There is a group of countries that show much volatility or not enough consecutive daily descents. They may or may not be at or close to their maximum. These countries are Italy, Iran, France, Switzerland, Belgium and the UK. Another group shows hardly any sign of slowing down: Spain and the Netherlands.

Finally, the US is alone in clearly being still in the exponential upward phase. I suspect that there is unsatisfactory testing, making the case growth figures unreliable. Social distancing discipline is weak and so is leadership. The ratio of cases to population suggests that without a real cure, the number of cases could triple or worse.

In conclusion, COVID19 started in East Asia. A rapid expansion in Italy had consequences in Western Europe. Today, it looks like we are close to reaching the maximum of the pandemic in Western Europe. That doesn’t mean it is over. If indeed there is a turning point in Western Europe and Iran, that doesn't mean the problem is solved. It does mean that a combination of social distancing and testing works in practice and has the capacity to push back new infections and deaths. As we get new daily information, it will get clearer if we are seeing a trend break or not. 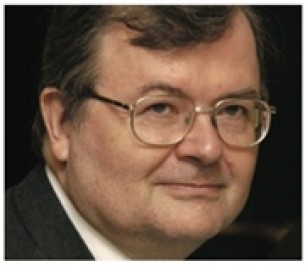