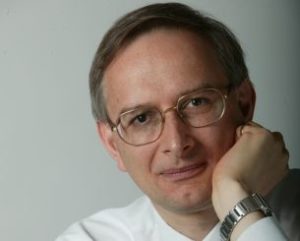 Stewardship, decarbonisation and whether Japan can create a whole new approach to responsible investment seemed to dominate RI Asia this year in Tokyo.

Professor Ito (of the Ito Review) set out the case for Japanese companies to shift from their historic focus on creating clients and employee value to treating investors more seriously and particularly to raising the prevailing rates of Return on Equity (RoE) in Japan. There is a clear nervousness in some quarters in Japan about this shift, which is a good argument for maintaining a strong focus on environmental and social factors to reassure people to some extent. But this shift is a clear part of the government’s strategy (Abenomics as it is referred to after Prime Minister Abe), and the government sees a vital role for shareholders in dialogue with companies in achieving it. Professor Ito particularly highlighted the role of the Chief Financial Officer in this transformation.
All of which means that governance activities are now central to government policy, which puts our little field centre stage and explains why every manager I visited around the conference with QUICK (who provide financial information to Japanese investors) to promote our joint services turned out to have extensive plans for visits and high level dialogue with the companies in which they invested. As well as sharing some of the UK experience of stewardship it was interesting to point out that asset owner-led initiatives such as the PRI have a strong tendency to add consideration of environmental and social factors alongside traditional governance concerns to this mix. The main reason probably being that owners see these as longer term threats to their portfolios in the search for sustainable growth (a key objectives of the Japan Stewardship Code).

At present in Japan (and Asia generally), asset owners are a relatively weak force in responsible investment compared to the position in Australia, Latin America or Europe, if one takes the number of PRI signatories as a measure.But we heard that Japan’s massive Government Pension Investment Fund (GPIF) is stirring on these matters as it agrees upon its medium term plans and so a re-balancing and strengthening of Japanese RI from that perspective is also, hopefully, on the horizon.
The Japan Stewardship Code has focused on the idea of “comply or explain” rather than providing a rule book. And everyone is clear that “thinking for yourself” is part of the new way, rather than just following instructions. However, to make such a massive culture shift and with all parties starting with a blank sheet of paper is a big ask. And there was some sympathy for the call from Etsuya Hirose (who leads the QUICK ESG Research Centre) for more example frameworks and a sharing of expertise so that people can learn from each other on this journey.
In other sessions, the twin impacts of the impending Paris conference on Climate Change and the fossil fuel divestment campaign were also plain to see with a host of conference presentations on green bonds (to finance low carbon infrastructure amongst other things) and a plethora of products and indices offering similar (or better) returns with a smaller carbon footprint. To my mind there wasn’t enough focus on the energy users alongside the producers and how to engage them to reduce energy use: something where investor engagement as it has been developed this last 15 years has a lot to offer. But the interest in solutions for our carbon constrained world was clear.
And finally, in the week in which Japan successful tested the linear motor 600km per hour train, we were reminded that while Britain invented the steam train, it was Japan that came up with the bullet train. There were high hopes as we left the Tokyo Stock Exchange that while open to learning from others, Japan was now on a journey to find new ways to create long term sustainable wealth that in years to come would be a model others could take up in turn.