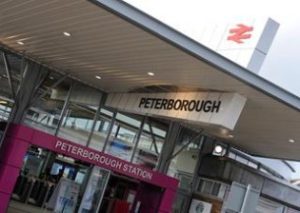 foundations – will get a return. If the Peterborough project succeeds in reducing reoffending among a cohort of 1,000 short-term offenders by at least 10% compared to results in a national control group, the investors will receive their money, which can be to a maximum of thirteen per cent internal rate of return of invested capital per annum, depending on the scale of the reduction in reconvictions. If there are no reductions in reconvictions, investors lose their initial investment. The stakes are high, but potentially very profitable.
Early indicators suggest the project is working. RAND Europe, a not-for-profit research institute, commissioned by the UK Ministry of Justice to evaluate the SIB, wrote in April: “Data show that the frequency of reconviction events among offenders released from Peterborough has declined by 11% over the period of the pilot while the equivalent national figures have risen by 10%. For the Peterborough pilot, success will be determined based on comparison with a control group of comparable offenders from across the country, which is not available for these interim results”.
So, the world’s first-ever SIB may prove to be a success, which begs the question why the MoJ isn’t leaping at the chance to implement more?
Some have speculated that it comes down to costs. It is understood that the Peterborough project benefits from a large number of volunteers. There are questions as to whether other SIBs in the same field can attract this level of unpaid support. Another reason could be the cost and time it takes to set SIBs up, often involving lengthy negotiations to decide on outcome payments, bring in investors and construct the service.And on close inspection the Peterborough social impact bond has been heavily subsidised with grant funding, according to former Labour politician Leslie Huckfield, now a social investment practitioner. In a recent paper, Huckfield wrote: “The Big Lottery Fund (a UK grant maker funded by the UK’s National Lottery) is providing underwriting for payments under the programme – this may be up to 20 per cent.” The MoJ isn’t the only body to have gone silent on SIBs. Responsible Investor contacted the investors into the Peterborough SIB, but none wanted to speak.
What is the future for social impact bonds? In 2011, Sir Ronald Cohen, founder of Social Finance and former chair of Big Society Capital, and now chair of the global G8 Social Impact Investment Taskforce, told Parliament that SIBs were going to be huge: “In a couple of decades we are talking about tens of billions around the world,” he said, adding that in the future pension funds and even insurance companies would be investors.
His predictions have partly come true. The USA, Germany and Australia have launched SIBs. Belgium, Canada and Israel are looking. A variant on the theme – development impact bonds – for developing countries are taking off. And despite scrapping the first-ever SIB, the UK government is backing it heavily with money elsewhere. Just five days after the MoJ announcement, Deputy Prime Minister Nick Clegg announced a £40m SIB to support the young unemployed.
With continuing appetite from governments around the world for finding shared public/private social solutions, SIBs are still on the policy agenda; but not
without their detractors. Recently, a bi-partisan group of US congressmen introduced the first-ever bill proposing a social impact bond framework at the federal level and asked the US Treasury to set aside $300m in funding. In the same month, a proposal for a social impact bond in Rhode Island was stalled by trades unions. There is similar union opposition to SIBs in Australia.
On the investor side, some have raised concerns that mainly charitable foundations have backed SIBs, though this is slowly changing.
Eccles says: “Support for SIBs has come from both the left and the right. It has appeal across the political spectrum. There are pockets of concernsespecially wrapped up by a wider political agenda – this will happen. And one always expects a long migration with a structure trying to build a track record in investment management that is the only thing that matters. In New York the first investment bank has invested (Goldman Sachs). This shows there is wider investor appetite. The momentum will continue.”
Peterborough, it seems, will only remain in the social investment spotlight until its SIB results are unveiled tomorrow. After that, it looks set to return to its mainline train station status. The journey of social impact bonds though remains intriguing, albeit fraught with potential political and economic barriers to progression.