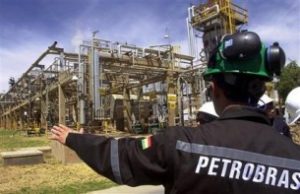 On Monday next week (April 29), Petrobras, the world’s third largest oil company, will become the first Brazilian company to put forward the names of board directors to represent its minority shareholders at its annual general meeting (AGM). It follows pressure from investors including Hermes Equity Ownership Services, F&C and Aberdeen Asset Management who have lobbied the government-controlled Brazilian energy company for a voice on its board and finance committee. It’s a reflection of growing shareholder concern at the company’s sluggish financial performance, – in 2012 the company reported a profit of BRL 21.2 billion, 36% lower than the previous year – but also a burgeoning set of ESG worries. The Brazilian government owns just over half of Petrobras, which has a daily production capacity of 2.5 million barrels of oil. The company hit big in 2006 with the discovery of the pre-salt oil fields. With an estimated 70-100 billion barrels of oil equivalent capacity, this is one of the largest oil discoveries in the past 20 years. The investment climate surrounding these new reserves has been buoyant. Given the scale of the reserves and the growth potential for Brazil, the government introduced a regulatory framework for pre-salt exploration and production in which Petrobras emerged as the biggest gainer. With the world’s largest IPO of USD 70 bn under its belt in 2010, the stage was set for the company to establish itself firmly as a leader in the global energy sector. However, just this year Petrobras has been involved in two oil spills and a nationwide labour strike. In 2012, there were ten instances of oil spills and a further 10 incidents related to smaller oil leaks. As a partly state-owned company, national interests determine business decisions and make the company susceptible to governance risks. Local procurement regulations have supported employmentgeneration within Brazil, but they have also made Petrobras depend heavily on sometimes inefficient hiring processes. To meet local demand for gasoline that rose 12% in 2012 the company turned to imports. But fuel price controls bound it to retail imported gasoline at domestic rates. Political overtones have guided unsustainable business practices and inflated Petrobras’ financial burdens; the immediate impact of which is lower wages, growing reliance on contractual labour and a resultant compromise on health and safety standards. Mass strikes first hit Petrobras facilities in September 2012 and then in February 2013. The 2012 strike was resolved with an increase in wages. But in February, workers across 33 of the company’s 45 units went on strike again. Solaron’s research on indicators of operational safety at Petrobras show the company fares poorly. Lost time injury frequency in 2011 increased to 0.68 against 0.52 in 2010 and 0.48 in 2009. A similar incline was observed in fatalities at work: 16 fatalities occurred in 2011, up from 10 in 2010 and 7 in 2009. More importantly, this increase was higher in the case of contractual workers, indicating perhaps poor implementation of labour policies to ensure compliance from suppliers. A steady increase can be seen in the Fatal Accident Rate (FAR) as well. It stood at 2.80 in 2011, the highest since 2007. These numbers are supported by stakeholder inputs. Three labour unions, which represent roughly 75% of Petrobras workers, that Solaron spoke to revealed that there has been a marked increase in the use of contractual labour. A representative from the Federaçao Unica dos Petroleiros said many of the company’s platforms are very old and need serious maintenance: “As the size of the oil exploration has increased, there has been been more rigorous and active
regulatory supervision. This has lead to the closing of 11 platforms of Petrobras, one of OSX, and one of Noble. This year alone we have had 16 lethal accidents at Petrobras.” A representative from Sindipetro SJC, said: “We can conclude that with a small number of direct employees, little training, a great quantity of contract workers and high turnover, it is not safe to work and the number of accidents is increasing, with a high number of fatalities.” Petrobras has a detailed Health and Safety Environment (HSE) plan with a BRL5.25 billion budget in 2011. It seeks to develop liaisons with petroleum companies, oil spill response organizations and international specialists to enhance its capability of managing accidents. For the new and relatively riskier off-shore operations, the company has in place a detailed response and remediation contingency plan. There is no information, however, on training and HSE audits for contractors. Given the focus on pre-salt reserves, no special considerations have been introduced for deep sea drilling.The 2011-15 Business Plan aims to increase the share of pre-salt oil in total output to 18 percent in 2015 and to 40.5 percent in 2020. However, there is no mention of specific technology or training solutions for the same. In fact, in February 2012, the Environmental Sanitation Technology Company, Brazil (CETESB) rejected Petrobras’s pre-salt safety plan for the development of the Santos Basin pre-salt oilfields as safety concerns were ‘only partially addressed’. Operational risks arising from falling HSE standards and related labour conflicts could dominate Petrobras’ operations in the short term. The gains expected from the 11 new oil production platforms due to go on-stream between 2013 and 2015 will draw heavily on a robust HSE framework and trained labour force. The widespread prevalence of contract labour demands a concurrent growth in training and safety efforts. With approximately four hundred thousand contractual workers, Petrobras needs to address its labour related issues with the same pressing urgency that is driving its exploration efforts.

Radhika Mehrotra is in-charge of stakeholder engagement and Tilianna Zecca is the local contact point in Brazil at Solaron.