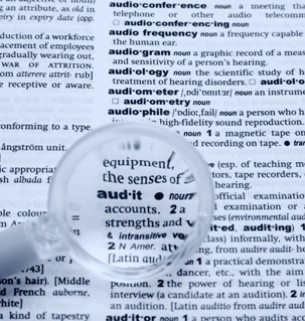 A campaign by pension funds and institutional shareholders to pressure the European Union to tighten up regulation of the ‘big four’ audit firms is gathering strength with four new signatories this week coming ahead of a crucial discussion in the European Parliament. The Dutch Investors’ Association (VEB) and the European Federation of Employee Share Ownership (EFES) are among the latest signatories to a coalition representing assets of €732bn, including the biggest UK and Swedish pension funds, that aims to push the EU to pay attention to institutional investor demands on audit quality. The group will today send a detailed position paper on suggested audit reforms to Michel Barnier, the EU Commissioner responsible for internal market and services. It comes on the same day that two crucial European Parliament committees begin considering their response to a 2010 report by the European Commission that suggested tough reform measures of the big four including splitting up their corporate advisory and audit businesses, joint audits carried out by two firms, and the mandatory rotation by corporates of their auditor every six to nine years. The response so far by the European Parliament to the European Commission proposals has been lukewarm. A draft report by British MEP Sajjad Karim, the European Parliament Rapporteur (committee co-ordinator) for the Parliamentary Legal Affairs Committee (Juri) has removed mention of breaking up the audit firms and proposes easing the rotation of advisors to once every 25 years. This week’s discussions in Juri and the Parliament’s Economic and Monetary Affairs Committee (Econ), will strongly influence the final legislative outcome of the EU’s proposed audit reforms, which followed serious criticism of the big four’s audit work on EU banks prior to the financial crisis. The institutional investors have made the rare move of going public with their concerns after they said that behind-the-scenes discussions with EU bodies had proved relatively fruitless in getting the investor perspective heard, despite the audit being primarily for their benefit and crucial for assessing investee company viability and performance. The investors note that between September 2008 and the end of 2010, 182 EU banks received liquidity aid and/or debt guarantees, and 114 banks received either capital injections or asset relief aid, but that none had received a qualified audit report prior to the crisis. They said that the audit market was also overly concentrated with an average market share of the Big Four audit firms in EU member states of over 90%. On the crucial issue of audit firm rotation the investors propose a middle line between the European Commission and European Parliament. The investors recommend that companies set a maximum tenure period for auditors with a ceiling of 15 years, a related explanation of the tenure criteria to shareholders, and at least one competitive tender including the incumbent during this period. The investors say there should also be a ‘clear water’ period of at least 5 years before an auditor can be re-appointed for a contract. The investors have also called for fuller information to be provided in audit reports and for potential client advisory conflicts to be tightened up.
Pension funds backing the audit campaign include the UK Universities Superannuation Scheme, the London Pensions Fund Authority, and the UK Local Authority Pension Fund Forum, which represents 56 local authority pension funds. They are joined by the four Swedish AP government buffer pension funds and Switzerland’s Ethos Foundation, which works for more than 100 Swiss institutional investors.
Asset managers backing the campaign include Legal & General, Governance for Owners and The Co-Operative Asset Management.