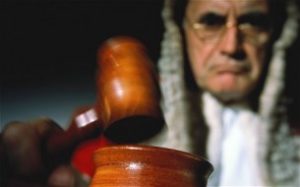 A UK pension fund is facing a legal test case by members alleging that it is breaching its fiduciary duty by not considering the potential impacts of climate change on its investments.
The lawsuit could send shockwaves through the institutional investment industry and lead to similar cases internationally.
If launched, it would challenge whether pension funds must respond to issues such as potentially stranded fossil fuel assets and long-term climate damage across their portfolio holdings. Pension funds often manage money for generations of scheme members with liabilities stretching out 50+ years into the future, the time-frame over which numerous high-level, governmental scientific papers say serious climate damage will occur unless C02 emissions are dramatically reduced.
RI understands that the groundbreaking lawsuit will target one of the laggard pension funds in the UK country ranking of the Asset Owner Disclosure Project (AODP), the not-for-profit group that evaluates pension scheme management of climate change risks and opportunities. The AODP declined to comment. The name of the pension fund is not known, but is it is likely to be a large scheme. The lawsuit will argue that there are financial implications for members’ assets that the pension scheme is not taking into account.
At a meeting in London last week, up to 40 professionals including lawyers, NGOs, climate specialists and public relations firms, were finalising details of the test case.
Sources at the meeting said the lawsuit was waiting for the green light from Client Earth, the London-based ‘environmental’ law firm, which will lead it. The firm counts the band Coldplay and former Roxy Music keyboard player Brian Eno amongst its high-profile supporters. Client Earth declined to comment. The case would involve members of the pension scheme taking their own pension fund to court over the alleged fiduciary duty breach.Client Earth is known for its advocacy, litigation and research on climate change themes.
In October last year, RI reported that the law firm was building a ‘Climate Litigation Team’ with candidates expected to have “a strong understanding of UK company law and/or financial and investment law and the wider legal frameworks governing the regulation of, decision making by, and legal liabilities affecting companies and those who invest in companies based in the UK”.
Client Earth is still looking for a mid to senior level solicitor or barrister to lead what it calls its ‘Company and Financial Project’, a core initiative within the Climate Litigation Team.
The job advert says: “The Project involves making groundbreaking legal interventions using company and financial laws, with the objective of accelerating the transition to a low carbon economy. These interventions include shareholder resolutions and complaints to regulators as well as litigation.”
The role will commence in May 2015. RI’s sources say this would be the likely start date for a fiduciary legal case. The boundaries of fiduciary duty have been under regulatory scrutiny in the UK. In October last year, UK Business Secretary, Vince Cable, said the government would amend rules on fiduciary duty to clarify how pension trustees should address ESG factors as part of its implementation of the Kay Review of UK equity markets. One of the government’s responses to a related report by the Law Commission that advises it on legal changes, includes a proposed amendment – currently under consultation – of the Occupational Pension Scheme (Investment) Regulations, to clarify the term “social, environmental or ethical considerations” and make a clearer distinction between financial factors and non-financial factors.