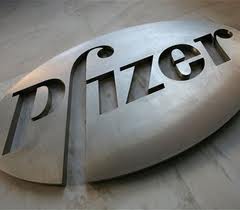 Shareholders in US pharmaceutical giant Pfizer will vote on a proposal that would have Pfizer review its US lobbying activities, including its backing of the American Legislative Exchange Council (ALEC), a controversial political lobby, at its upcoming April 24th annual general meeting (AGM). The shareholder proposal comes from the Christopher Reynolds Foundation (CRF) and Walden Asset Management and is somewhat similar to one that the CRF had previously filed with two other socially responsible investors, namely the Unitarian Universalist Association (UUA) and the Friends Fiduciary Corporation (FFC). The earlier proposal was, however, withdrawn after the CRF, the UUA and the FFC realised that the Securities and Exchange Commission (SEC) was likely to permit Pfizer to omit it from its AGM: Link to previous RI report. The CRF-Walden proposal differs from the earlier one in that it calls on Pfizer’s Board of Directors to not merely disclose its lobbying activities in the US to shareholders, but review those activities to see whether they are consistent with company policies and shareholder interests. The proposal has now been put on the AGM’s agenda. As before, the SRI investors are concerned with Pfizer’s membership of ALEC. Their proposal states: “ALEC has been associated with contentious anti-immigration, voter identification and‘Stand Your Ground’ (self-defence with a gun) legislation. More recently, ALEC initiatives have opposed climate change policies.” The proposal adds: “Yet Pfizer does not speak out on ALEC positions that violate our company’s policies and values. We believe this partnership may bring significant business risk to the company.” Pfizer is recommending its shareholders reject the proposal on the grounds that it is already transparent about its lobbying activities and the reasons for them. In a response to be distributed at the AGM, its board states: “Our decision to fund organisations such as ALEC is based on their support of issues that are of importance to Pfizer and that impact our industry. These include advancing biomedical research, healthcare innovation, advocating for protecting intellectual property rights and access to care.” The board made no mention of the contentious legislation alluded to by the CRF and Walden. In any event, Pfizer feels that there is no need for the review. “This would not only be unnecessary but burdensome, as preparation of such a report would not be a productive use of the company’s funds and would provide minimal value to the vast majority of Pfizer’s shareholders,” says the board.