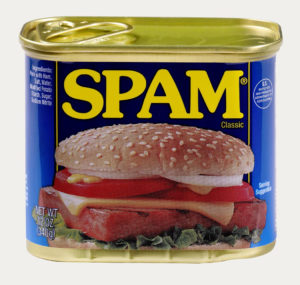 A shareholder resolution on the adoption of a comprehensive water stewardship policy at Hormel Foods’ next AGM in January 2017 has been withdrawn after the makers of Spam tinned meat committed to tackling concerns over its supply chain.

The PGGM-backed resolution was led by the American Baptist Home Association, as well as supported by advocacy group Ceres, the Tri-State Coalition for Responsible Investment and the Interfaith Center on Corporate Responsibility (ICCR), among others.

The exposure of Hormel Foods to water risk, chiefly stemming from its meat production supply chain, was flagged up by the group of investors.

In particular, they highlighted the risk of water pollution that Hormel’s contract farmers and other suppliers may pose (e.g. animal waste and associated byproduct disposal).

The group of investors was satisfied with Hormel’s assurances that it will take action to improve the practices of its supply chain, according to correspondence filed with the Securities and Exchange Commission (SEC).

Piet Klop, senior advisor responsible investment at PGGM, explained to RI that one important issue to take into consideration is the potential “halo effect” that big companies like Hormel can exert not just on its supply chain but also on sector peers.

Klop said companies that seriously address water risks should be considered better-led ones and therefore expected to perform better than their competitors in the long term.He described the engagement led by US fellow investors as “constructive” and said that in light of Hormel’s commitments, it made sense to withdraw the shareholder resolution.

PGGM, though, didn’t “declare victory” as yet and will continue engaging the company, he said.

Nadira Narine, strategic initiatives senior program director at the ICCR, welcomed Hormel’s pledge, one on which it would be difficult to backtrack.

“As a result of our water challenge, the commitments are now public. We will be engaging the company over the next year to ensure that they meet those commitments, so we can hold them to account,” she said.

Asked about the involvement of PGGM in the faith investors-led shareholder resolution, Narine said she was not surprised given the increasing importance of water stewardship. PGGM is a partner with Ceres and other investors on a “water toolkit” to help institutions integrate water analysis into their regular, mainstream financial analysis.
The original, and now withdrawn, shareholder resolution stated:

“Hormel’s CDP disclosure is limited in scope and depth, making it difficult to assess performance and management practices: it includes a small percentage of Hormel’s suppliers; has no disclosure on suppliers’ responses or discharge data; and the risk assessment is primarily focused on water availability not quality.”

According to Narine, Hormel Foods might be publishing a new CDP water checkbox disclosure in the next couple of weeks.

However, Brooke Barton, senior program director at Ceres, unreservedly said that Hormel Foods water disclosure has been weak, and some of its competitors have outperformed the company in this respect.

Regarding PGGM’s involvement, Barton said it is unusual to have European investors filing shareholder resolutions in the US, which might be indicative of the Dutch investor’s focus on climate and water risk.