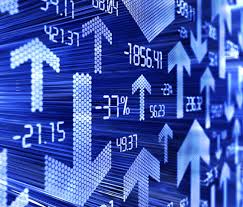 The model policy has been launched in the context of PGGM’s interventions at software giant Oracle and, more recently, its call for new directors at American Realty Capital Properties.

It suggests that both shareholders and directors should respect and understand “certain protocols”. These include: clarity about the purpose of engagement meetings and desired outcomes, confidentiality, sufficient preparation (by both sides) and the fact that directors prefer to deal with legitimate shareholder concerns in private “rather than through public platforms such as the media”.

The model policy stresses that engagement is an extension of, and important complement to, the Board’s disclosures – and that the AGM is an opportunity for communication between shareholders and directors and that all shareholders should be encouraged to attend.

“PGGM is not in favour of using stock options as an incentive,” the €161.7bn investor said, explaining its vote in favour of the motion. The resolution filed by Montreal-based Mouvement d’éducation et de défense des actionnaires gained 5% investor support and similar ones have been filed at other Canadian banks, such as at F&C parent the Bank of Montreal today (March 31) and Royal Bank of Canada (April 10).

PGGM argues that options lead to a strong focus by recipients on the strike price, “an incentive for management to undertake actions that inflate the share price for a short period and not by definition an increase of the recipients’ skin in the game as the options itself are often sold, without the recipient actually increasing” their holding. PGGM also voted “against” in the advisory vote on compensation – because TD awards share options to its executives.

But the Dutch giant was virtually alone among major investors in backing the MÉDAC proposal. Those voting against it included its Dutch peer APG as well as big hitters such as Norges Bank Investment Management and the California State Teachers Retirement System (CalSTRS). Canadian pension funds such as the Ontario Teachers Pension Plan, the Canadian Pension Plan Investment Board and the British Columbia Investment Management Corporation (bcIMC) also voted against the motion, according to voting tallies on their websites.