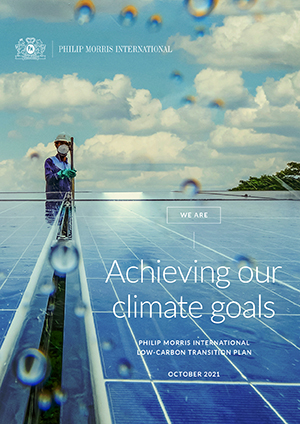 The urgency to adapt and take action to tackle the climate change crisis is becoming more pressing. As such, Philip Morris International (PMI) released its Low-Carbon Transition Plan (LCTP), which provides a transparent and detailed view on how it plans to achieve its climate ambitions, measure success, and report on progress.

The plan brings forward PMI’s ambitions to achieve carbon neutrality in its direct operations (scopes 1+2) by five years, to 2025, and to achieve carbon neutrality across its entire value chain (scopes 1+2+3) by 10 years, to 2040. In addition, it introduces a new goal for PMI’s critical suppliers to adopt science-based targets (SBTs) in line with the SBTs that PMI has already committed to, aligned with the 1.5°C pathway necessary to meet the goals of the Paris Agreement.