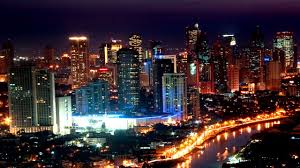 The Philippines’ Securities and Exchange Commission (SEC) has announced that the country’s reviewed corporate governance code entered into force on January 1 – though it has fallen short of some of the recommendations issued by the International Corporate Governance Network (ICGN).

The revised code requires listed companies to submit to the SEC a manual covering corporate governance policies by May 31, 2017. The observance of its provisions is based on a comply or explain basis.

In a joint statement the SEC and the International Finance Corporation (IFC), which has sponsored the code’s review, said the aim has been “to improve the functioning of boards, strengthen shareholder protection and promote full disclosure in financial and non-financial reporting.”

Both organisations also noted that the new code will increase the responsibilities of the board and ensure the competence and commitment of its directors.

The IFC, part of the World Bank Group, stated that its support has been provided in partnership with the State Secretariat for Economic Affairs of Switzerland, as well as Philippine government and regulatory bodies.

SEC Chairperson Teresita J. Herbosa added that the reviewed code aims at raising corporate governance standards of Philippine listed companies “to a level on par with its regional and global counterparts”.

The code review is the result of a stakeholder consultation in which ICGN took part. While widely welcomed by international and national stakeholders, the code could have gone further in its reforms should ICGN’s all observations had been taken onboard.For example, in its comment letter to the consultation dated October 2016, the ICGN noted that the draft code strengthened board independence requiring three (or 1/3) independent board directors.

The ICGN expressed that this was a step in the right direction, particularly appropriate for some controlled companies.

However, the ICGN argued that there could be scope for greater independence standards:

“The [draft] code does not address companies that might be widely held, in which case a majority independence requirement is the norm. While dispersed share ownership is not the Philippine model, it is important to appreciate that majority board independence is regarded highly in many jurisdictions globally as a best practice.”

In addition, based on domestic market feedback, the ICGN identified ongoing concerns about the effectiveness of independent board representation in the Philippines which could be offset with stronger shareholder rights.

The ICGN singled out three areas of potential concern to minority shareholders relating to shareholders’ rights:

Their inclusion in a company’s articles of association could help to deal with potential conflicts between controlling and minority shareholders, according to ICGN’s letter. The reviewed code doesn’t seem to have adopted this approach either. Full text of the code.