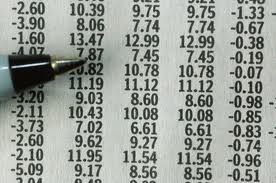 A common idea – now a decade old – is that the value of company share buy-backs from shareholders be included in the total dividend paid out to investors. This continues to flourish, notably, but not only, in France where a headline in the French business daily newspaper, Les Echos, recently said: “CAC40 companies paid €44.6bn euros to shareholders last year.” The headline figure included €5.7bn of share repurchases. We believe this actually leads to a questionable 15% overstatement of the distribution to shareholders: a plain intellectual confusion. In fact, CAC 40 shareholders – including their cash dividend – experienced a loss of 13.4% on their shares for 2011. Over five years, the loss, including the dividend received and re-invested, was equal to 32% of their investment. Total share loss over ten years was 9%. Share buy-backs in CAC 40 companies represented €11.2bn in 2008, zero in 2009, €1.9bn in 2010 and €5.7bn in 2011. In recent years, companies have made extensive use of buy-backs: 92 % of French listed companies and SBF 250 companies received approval from shareholders for a share repurchase program in 2011: these generally cover operations of stock stabilization, stock option plans and finally a possible capital reduction. However, increasing numbers of shareholders are resisting: the average approval of such resolutions has dropped from 99.3% in 1999 to 93.8% in 2011. Are the opposing shareholders being irrational? We don’t think so.The assimilation of share buy-backs, or, more precisely, share cancellations, with a distribution to shareholders is an attractive idea at first, but it is technically dubious and politically dangerous because it encourages a diversion of interests between civil society and shareholders. We certainly appreciate the expected benefits from a successful capital reduction program if a listed company has properly communicated what it is doing and when a lack of attractive opportunities justifies an investment in the company itself. However, the impact of a capital reduction on the profit of the company is far from mechanical and its result can only be properly measured over time. During the recent period of low stock prices many prestigious companies have bought their shares to reduce their capital base but did not gain the expected earnings-per-share (EPS)increases to cover the full cost of the acquisition. Sometimes they neglected the marginal cost of the capital replacement due to the considerable fees paid to bank guarantee syndicates for a capital increase. The result is not a gain for shareholders but a clear loss. It is not reasonable to assimilate such legitimate but risky financial fine tuning with the cash dividend to shareholders. Unlike when paying a cash dividend, the company buying its shares receives an asset of equal value in return. The selling shareholder, meanwhile, has got a cash payment but is deprived of the asset. Therefore, a stock repurchase is not a distribution.

Investors trust management for the conduct of these stock repurchases and cancellations. They appreciate when companies affirm their confidence in the future by buying their own stock or even by opening in a difficult time a window of liquidity to their shareholders. But these capital reductions should not be counted as a distribution to shareholders.Investors should know that the compensation for the risk they have taken is found only in the sum of the cash dividend and the expected increase in the company share price. Total shareholder returns have not been brilliant in the last five years, but long term shareholders should be patient rather than backing the more dubious short-term cash injection of the share buy-back.
Pierre-Henri Leroy is President of Proxinvest, part of the Expert Corporate Governance Service network