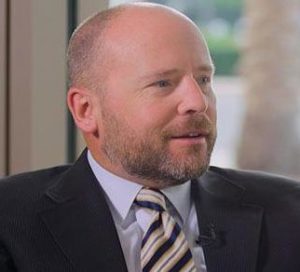 Scott Mather, Chief Investment Officer of Core Strategies at the $1.7trn fixed-income titan PIMCO, has launched a bid to become a board director at the Principles for Responsible Investment (PRI).
Mather’s candidacy is being backed by Allianz Asset Management, the fund arm of PIMCO’s parent company, German insurer Allianz. PIMCO signed up to the PRI in 2011.
Mather, a member of PIMCO’s Investment Committee and a generalist portfolio manager, oversees ESG portfolio integration in the US. Previously, he was head of global portfolio management. Prior to joining PIMCO in 1998, he was a fixed-income trader specialising in mortgage-backed securities at Goldman Sachs in New York.
“It has always been clear to me that a successful long-term investment process should consider ESG factors, and PIMCO’s process has incorporated this premise for decades through our secular forums,” he said in his candidate statement. Earlier this month he spoke at the UN Private Sector Forum on September and is the senior PIMCO representative on UN Global Compact SDG Financing Lab.
Mather is one of 11 candidates to fill one vacant asset manager position on the PRI board.
If elected, it would deepen PIMCO’s links with the PRI; the firm’s Head of ESG Portfolio Management, Alex Struc, already chairs the initiative’s fixed-income committee.The candidates were announced at the annual PRI Signatory General Meeting in Berlin, ahead of the PRI in Person conference.
There are three candidates for three open asset owner positions. They are: Marcus Madureira, Planning Director at Brazil’s PREVI; Priya Mathur, Board Member at CalPERS; and ​Renosi Mokate, Chair of Trustees at the ​Government Employees Pension Fund of South Africa.
Struc told a breakout event at the conference how the firm conducts hundreds of one-on-one meetings with companies and how it has developed a dedicated ESG protocol. It sends an ESG questionnaire to all companies in its portfolio and has been pleased with the response so far. “As bond holders we’re in a bit of a honeymoon season,” he said.
Other asset management firms with candidates for the board include Credit Suisse, MFS Investment Management, Skagen, Investec and the House of Liechtenstein’s LGT Capital Partners (for a full list see here).
Voting opens on the week commencing October 16 and lasts until November 28. The results are due in early December.
It was also announced that Daniel Simard, the CEO at Canada’s union-linked pension firm Bâtirente – and a former PRI board member – would chair a new PRI Francophone network.