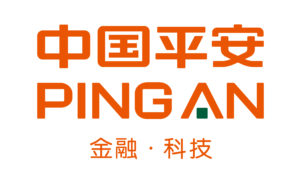 Ping An, China’s largest private company with over CN¥7.1trn ($1trn) in assets, has signed up to the Principles for Responsible Investment (PRI): it is the first Chinese asset owner to do so.

The insurer – which recently overtook BlackRock as the largest shareholder in HSBC – is listed on the Shanghai Stock Exchange and its name translates as “safe and well”. It said it wants to be a “benchmark” for responsible investment among Chinese financial groups.

Commenting on the news, Fiona Reynolds, CEO of the PRI said: “Asset owners hold a very powerful position in the investment chain, and we hope that Ping An’s leadership will encourage other companies in China to integrate ESG factors into their investment strategies.”

The announcement comes days after the PRI’s Asia-Pacific Director Matthew McAdam described the mainstream Chinese perception of ESG regulations as “an unacceptable compromise on returns” and “little more than a box-tick compliant exercise”. The remarks were made in an op-ed, co-authored by McAdam, in a Singapore business daily.

There are currently 20 China-based asset manager signatories in the PRI, including state-owned China Life Asset Management Company, the country’s largest asset manager with more than $428bn under management.

At the start of 2018, there were only seven China-based signatories in the PRI, largely consisting of private equity firms.In 2017, the PRI appointed its first China chief, Luo Nan, a former green finance and renewable energy executive to promote responsible investing among local institutional investors.

The PRI has organised workshops and outreach events for Chinese investors since 2016. According to Luo Nan, PRI activities for 2019 will have a focus on adopting the recommendations of the Task Force on Climate-related Financial Disclosures (TCFD) and supporting local participation in the Climate Action 100+ shareholder coalition.

PRI signatories commit to the six principles, which include a requirement to report on their progress on ESG integration by way of a graded, annual assessment.

New signatories have a one year grace period in which they can choose whether or not to participate in the assessment.

The 2019 assessment cycle recently concluded in July with signatories receiving their scores which will remain valid over the next 12 months.

It is currently a period of high activity for the PRI, as it prepares for its annual flagship event, PRI In Person in Paris.

Meanwhile, PRI signatories are currently being surveyed on various aspects of the PRI’s 10-year Blueprint for Responsible Investment including the usefulness of PRI resources and group governance.