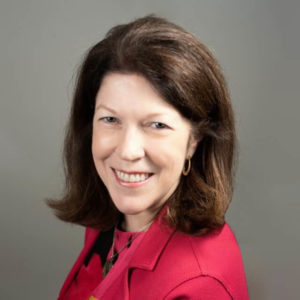 Robin Millington has lived many lives. Before moving to London in 2016, she was in the Netherlands with the European Climate Foundation; and prior to that, in Brussels heading up the EU’s in-house think tank, the Centre for European Policy Studies. Her corporate career working for Israel Chemicals Ltd took her to Moscow during the fall of the Berlin Wall and the unravelling of the Soviet Union. And now, as head of Carbon Tracker’s baby sister, Planet Tracker, she feels front and centre of another landmark moment in world history.
“We’re at a turning point when it comes to the natural world. If we don’t get our act together now, life is going to change for the worse for a lot of people.”
Today marks the release of Planet Tracker’s first report, Perfect Storm: Profits at Risk in the Japanese Seafood Industry. It builds on 2017 research from its subsidiary Fish Tracker, addressing unsustainability and environmental risk in the global seafood industry. Today’s follow-up calls out 15 institutional investors, including titans like GPIF, BlackRock, Vanguard and Norges Bank for having major exposure to some of the industry’s biggest listed companies, in Japan.
Fish Tracker sits under the Planet Tracker umbrella, along with a growing list of other ‘trackers’, including Aquaculture Tracker, Sovereign Bond Tracker and – most catchily of all – Listed Agricultural Equities Tracker. It, like the Carbon Tracker Initiative, is the lovechild of climate veterans Nick Robins and Mark Campanale, and it belongs to their Investor Watch Group.
So why keep the Carbon Tracker separate from all the rest? That’s easy, explains Millington. “Carbon Tracker does dead nature. We do the stuff that’s still alive.”
This focus on biodiversity, oceans and land use presents Planet Tracker with a new challenge.
“When it comes to carbon and climate change, the IPCC spent 20 years coming up with a 2°C boundary condition, which is now understood and acknowledged globally,” says Millington, pointing out that it was such consensus that enabled Carbon Tracker to develop its stranded assets theory, in which fossil fuel reserves will be rendered ‘unburnable’ – and therefore worthless – in a 2°C world. “But step into other environmental issues and there are no globally-agreed planetary boundaries or universal metrics, so it’s difficult.”
She hopes that there will someday be “a TCFD framework for things other than climate change”, but in the meantime, the focus is on using the analysis that is out there – the IPCC’s recent land use report, for example – and providing an additional layer of financial analysis.
“I worked in climate change for many years, and I saw how long it took to become a major social movement. Plastic’s recently done the same. It’s hard to predict when or why these things happen, but what Planet Tracker wants to do is make sure that when these other elements do become social movements, the financial industry has the information they need to deal with it.”
Planet Tracker’s next project is on sovereign bonds: assessing how changes in agriculture and the natural world could impact countries’ exports, and therefore a government’s ability to repay debt.The research has already begun, focusing on Brazil and Argentina due to their reliance on such exports, and will expand to cover other G20 countries.
Next on the list is agricultural funds, says Millington. “We’ll be taking a look at the large, listed funds and trying to identify their main investors, and whether they have transparency in terms of environmental impacts. We want to unpick the structures and try and shine some light on the sustainability of some of these investments.”
She also has banks and insurance companies in her sights, but there is no analysis set in stone for them yet.

‘I’ve seen these things come and go before, and it makes me nervous. Whatever happened to CSR?’

Data will also be a major part of Planet Tracker’s offering. “Our data head has spent hours building models and data mining,” says Millington, referring to Chris Baldock, who spent 11 years at environmental data house Trucost – now owned by S&P – most recently as Head of ESG Positive Impact. He’s one of eight full-time members of staff at Planet Tracker. Others include Nitin Suh, ex- Senior Vice President of Sustainability at Yes Bank in India; Matt McLuckie, former Partner at Conservation Capital; Dawn Rittenhouse, who spent two decades at plastics giant DuPont; and David Lloyd Owen, who has spent the same amount of time as an advisor to Pictet Asset Management on its Water Fund.
It’s getting easier to land good people in the sustainable finance world, observes Millington. “It’s a very different landscape from 10 year ago – more people are sustainability-aware nowadays. Increasingly, that means that analysts and financial experts don’t just want to crunch the numbers, they want to do some good for the world, too.”
But there is more work to be done to make sure this changing sentiment translates into effective action, and Millington is still “very sceptical” about the growth of ESG.
“I’m glad people are galvanising around it, but I’ve seen these things come and go before, and it makes me nervous. Whatever happened to CSR?” she asks. “Everybody talks about ESG now, and how they apply it and report on it, but what are they actually reporting on? There’s a huge lack of understanding and standardisation.”
Planet Tracker’s mission, then, is to “take the ‘E’ in ESG and address it, topic by topic, to work out the right metrics and benchmarks for each; and then to start looking at the financial dynamic” and ultimately quantifying dollars-at-risk.
“We’re not going to solve all the world’s problems, but if we can point out a future stranded asset and prevent investors sinking money into something that’s going to be devastating for the environment – in other words, if we can stop bad investments – then great. We’re running out of time. We have to get moving on these other environmental issues before it’s too late.”