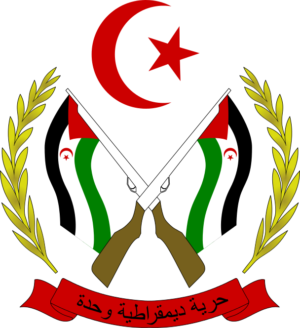 The Frente Polisario, the UN-recognised representative body of the Sahrawi people of the disputed Western Sahara region, has expressed frustration over the UN Global Compact’s decision to end its mediation in the dispute between Vigeo Eiris and an NGO over a controversial green bond.
The UN’s corporate sustainability body, whose principles are used by ESG investors in norms-based exclusions, said it terminated the “dialogue facilitation process” with ESG research house Vigeo Eiris and campaign group Western Sahara Resource Watch (WSRW) because the parties did not “maintain the confidentiality of the process”. It has not disclosed details of what the confidentiality breach was.
Last year, a green bond was issued by the Moroccan Agency for Solar Energy (Masen) in a private placement with national banks. Proceeds will be used to finance solar projects in Laayoune and Boujdour – within territory annexed by Morocco. The bond’s credentials were certified by Vigeo Eiris, using standards from the Climate Bonds Initiative link. The Polisario described the Global Compact’s decision as “disappointing”, saying it could bring into question the relevance of the body.
In a written statement to RI, Mhamed Khadad, a senior member of Polisario’s leadership who advises the President of the Sahrawi Arab Democratic Republic on natural resources, said: “The fact that companies can remain as silent as oysters [sic], and yet carry out actions that are contrary to the principles of the Global Compact and the UN is worrisome… The Global Compact is supposed to be a platform where companies take part to learn and improve. If they refuse to communicate, how can companies that are on the wrong track learn anything? The Global Compact needs to take a much tougher line to protect its relevance.”
WSRW Board Member Erik Hagen told RI: “I appreciated the fact that they opened the dialogue facilitation process, but there was no explanation or communication beforehand [to say] that it would be stopped. We need to know how these decisions are made. It’s a matter of principle and transparency.”
Hagen claims that Vigeo Eiris has not yet responded fully to WSRW’s questions. “It is bizarre that a company that gives advice on business ethics refuses to answer our questions on its support of the occupation [of Western Sahara]. We are baffled by the paradox,” he added.Peter Webster, Director of International Affairs at Vigeo Eiris, said Vigeo Eiris is pleased that the Global Compact believed the concerns raised had been answered, given that the responses are in the public domain. Asked by RI about whether consent from the Polisario has been sought in relation to the solar assets – one of the questions not addressed in the responses – he said: “We follow the UN view that the legality of resource investments in non-self-governing territories is all about whether the investments are for the benefit of the peoples of the territory concerned. That can involve consultation with appropriate representatives, but does not require it. These projects are of benefit firstly because they will create energy renewably and thereby reduce climate change; and secondly we have also explained that we will closely observe Masen’s commitment and capacity to report on the socio-economic benefits to the local population.”
“Any impression that Vigeo Eiris had been judged to be in breach of the Global Compact principles was not correct,” he concluded.
Sean Kidney, CEO of the Climate Bonds Initiative, told RI that the verifier’s report met all the current requirements of the CBI standard. “The issue the NGO has posited is that this is in contravention of international law, and that’s a reasonable position to uphold, but the standard at the moment does not address these matters or disputes of this nature.” Kidney said that CBI puts the standards out to public consultation each time they are revised, so “people are welcome to make proposals about things that needs to be addressed.”
He stressed that the CBI’s is a climate-focused standard, with a “laser-like focus on the priority investments to avoid [the] catastrophe of climate change”.
He added that if there was a vote about the Western Sahara’s future, which has been proposed by the UN, “the solar farms will still be there and be owned by whoever is in charge of the Western Sahara. It’s not a dead asset.”
The Global Compact declined to comment on the case beyond what it expressed in its statement of 16 May. It also declined to disclose how many requests for dialogue facilitation it normally registers per year.