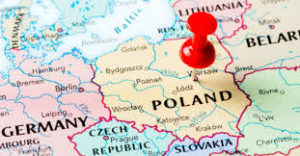 The Greens in the European Parliament have released a study showing that Poland’s five top commercial pension funds, which have around 7% of their €53.7bn assets invested in the fossil fuel sector, would suffer more than other EU schemes in what the study calls a “low-carbon breakthrough scenario.”

The study was compiled for the Greens by Dutch sustainable think-tank Profundo. Profundo first examines the schemes’ exposure to fossil fuels and then explains what would happen in its low-carbon scenario. Dutch bank ING, UK insurer Aviva and Aviva’s peer Axa each run one of the schemes. Another is operated by Amplico, an affiliate of US insurer MetLife, and the fifth one by Polish insurer PZU.

Profundo’s low carbon scenario assumes a quick transition – or as it puts it “breakthrough” – to an economy largely powered by renewable energy. Such a breakthrough could be triggered by a stunning advance in green technology.

Following the breakthrough, Profundo assumes that the share and bond prices of fossil fuel companies would fallby a respective 60% and 30%, while banks would have to write down project finance loans by 30%.

The Profundo study also examined the exposure of five Polish banks – including PKO Bank, Bank Pekao, BZ WBK, mBank and an ING affiliate – to the fossil fuel sector and what would happen in its low-carbon scenario. The findings: The total value of their loans to the sector is €1.4bn, or 0.8% of total balance sheet assets. If a breakthrough were to happen, the banks would face a weighted loss of just 0.3% – which is actually below that for the EU banking sector. Profundo attributed this in part to Polish banks owning less shares and bonds from fossil fuel firms than their counterparts in the EU. Link