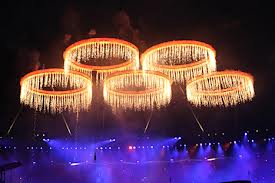 A group of investors has released a set of six recommendations to help companies deal with the issue of human trafficking.

The report follows an investor engagement process earlier this year with 31 Olympic sponsors and hotel chains to address human trafficking risks within their supply chains.

“In addition to the moral argument, as shareholders, we find there are great risks to companies from human trafficking given the complexity of company supply chains,” said Julie Tanner, Assistant Director of Socially Responsible Investing at CBIS.The investors say large international events, such as the recent London Olympics, can be magnets for the sex and labor trafficking industries.

With the exception of Dow, all companies contacted responded to the coalition’s letters; eleven of the 13 hospitality companies indicated they would be training staff in advance of the Olympics. And 84% of sponsors reported having human rights training programs (63% for suppliers).
The report follows an Executive Order signed by President Obama on September 26 on “Strengthening Protections Against Trafficking in Persons in Federal Contracts”.

The International Olympic Committee was also contacted twice by members of the investor coalition who urged it to set up human trafficking guidelines for future games. Link

1. Include and define human trafficking in human rights policies

2. Expand policies to include fair and responsible recruitment